As many as 35 people may have been wounded or killed, and the toll could rise further, Taliban intelligence official tells Reuters 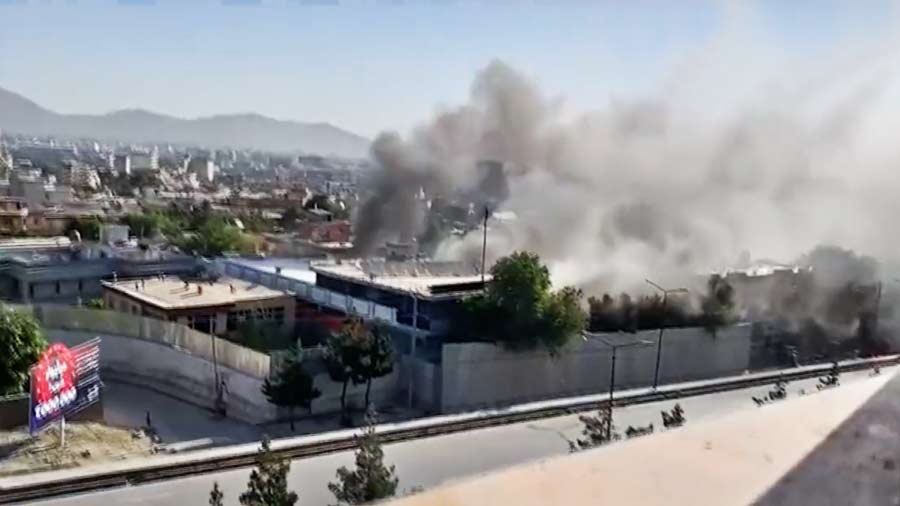 A huge explosion struck a mosque in Kabul during evening prayers on Wednesday, witnesses and police said, with many feared dead or injured.

Police said there were multiple casualties but did not say how many. One Taliban intelligence official told Reuters that as many as 35 people may have been wounded or killed, and the toll could rise further.

Al Jazeera quoted an unidentified official as giving a death toll of 20. Witnesses told Reuters the powerful explosion was heard in a northern Kabul neighbourhood, shattering windows in nearby buildings. Ambulances rushed to the spot.

"A blast happened inside a mosque.... the blast has casualties, but the numbers are not clear yet,” Kabul police spokesman Khalid Zadran told Reuters.

The Taliban intelligence official, speaking on condition of anonymity, said the explosion occurred in a mosque among worshippers in Khair Khana area of Kabul. The Imam of the mosque was among those killed and the toll could still rise, the source added. Intelligence teams were at blast site and investigations were ongoing. Other officials in the Taliban government did not reply to multiple requests to confirm the number of casualties.

Taliban mark one year of rule