Advertisement
Home / World / Journey out of Kabul the day it fell

Journey out of Kabul the day it fell

After Ghani fled, Nadima Sahar, a 36-year-old government official in Kabul, felt ‘she lost everything’ 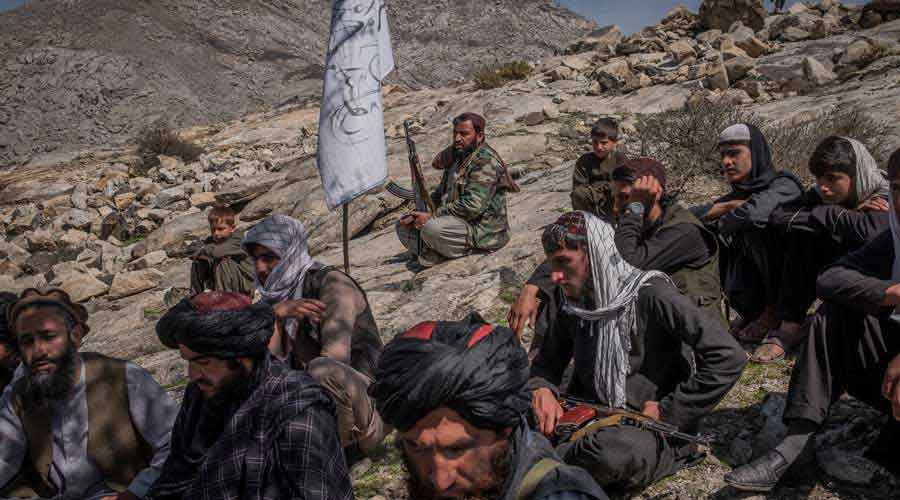 Nadima Sahar, a 36-year-old government official in Kabul, was resigned at first. She would stay, no matter how bad things got. She saw hope in the progress Afghanistan had made over the past two decades. Maybe, she thought, she could push for an inclusive government, with more women and ethnic minorities.

But on the day the city fell to the Taliban, her friends and family members flooded her phone with calls and text messages, begging her to leave.

When one friend told her that the presidential palace staff had already fled, and that there were rumours President Ashraf Ghani was gone, too, Sahar decided she had to get out. As a high-ranking government official in education, she said that she knew that the Taliban would probably kill or arrest her.

“As soon as I heard that, my heart just sunk,” Sahar said. “If the President had left the country, then that meant we truly were in a bad situation. We truly have lost everything.”

Sahar’s 9-year-old daughter and 7-year-old son had left Kabul three days earlier with her sister, Sadaf Sultani, who was visiting from Britain.

Sahar let them go thinking it would only be a few weeks before conditions in Kabul calmed down, even as the Taliban advanced towards the city after seizing province after province.

For Sahar and thousands of others, fleeing Afghanistan meant abandoning the only home they knew.

Sahar knew it was naïve to think that the situation in Kabul might not become so bad. But the thought of leaving again terrified her. She had been through this before: When she was about 5, she had fled to Pakistan during Afghanistan’s civil war.

“I think it was that crippling fear of becoming a refugee again, not knowing what the future holds for you and starting your life from scratch,” Sahar said, her hands wrapped around a cup of tea in a friend’s apartment in Virginia, where she has been staying since she fled.

By August 15, the day the government collapsed, only Sahar and a cousin were still living in the four-bedroom apartment.

Around 2.30pm, she grabbed a backpack and tossed in her documents, wallet, laptop and scarf. She took one extra set of clothes: a bright floral-print chapan, her favourite piece of clothing. As she packed, her hands couldn’t stop shaking.

The cousins fled on foot after they heard that the Taliban had invaded Kabul. They tried to take a taxi, but the streets were already crowded, and every driver told them it was impossible to drive through the mayhem.

After running for more than an hour and a half, they reached Hamid Karzai International Airport, where hundreds of people were waiting inside. One of Sahar’s friends booked her a ticket for a flight to Istanbul, the last plane set to take off. As they tried to get onto the tarmac, word spread that the Taliban had reached the gates outside.  Sahar told her cousin to leave immediately. If they were found together, Sahar said, the Taliban might kill them both.

Sahar started to lose hope after trying to move forward for more than five hours. But then Kabir, an airport worker, took her through an employee-only door and onto the tarmac. He said he did not know her but felt a responsibility to help.

About an hour later, Kabir called. He told his friend and Sahar that they had five minutes to get on a plane in another section of the tarmac. Its lights were off when they reached it, Sahar said. They climbed the stairs to the plane, and even though Sahar did not have a ticket, the flight crew let them both on. They were the last two people to board. About 20 minutes later, the flight took off.