Singapore Airlines Flight SQ22 arrived at 5:29 am (local time) in Newark. That made for a flight of 17 hours and 52 minutes. 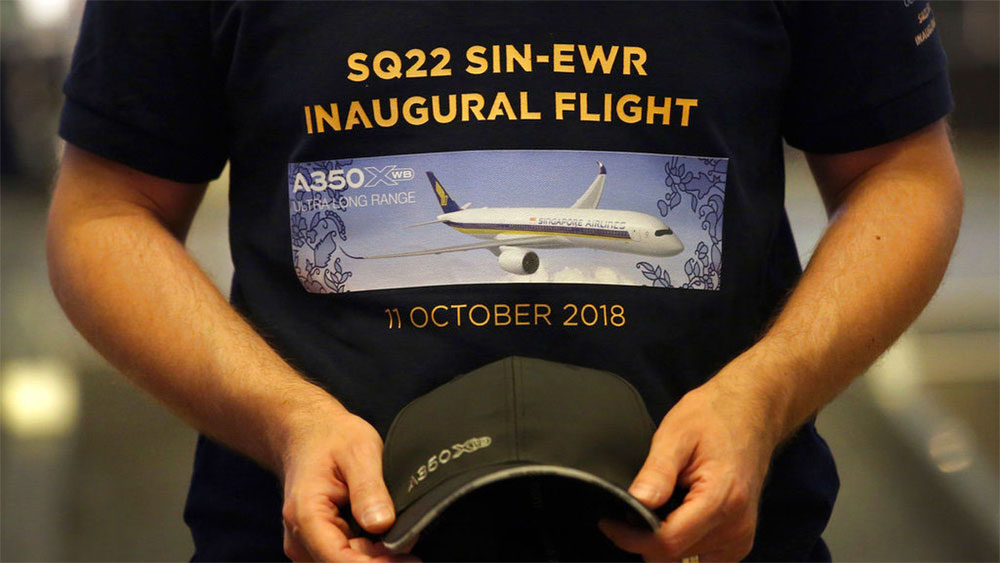 An Airbus jetliner arrived in Newark on Friday after a nearly 18-hour trip from Singapore, completing the world’s longest commercial flight. It marked the revival of a route that had been eliminated in 2013.

Singapore Airlines Flight SQ22 arrived at 5:29 am (local time), the Newark Liberty International Airport website said. That made for a flight of 17 hours and 52 minutes. The flight had been scheduled to take 18 hours and 25 minutes. Flying from New York to Singapore would be a longer journey.

The plane was carrying 150 passengers and 17 crew members as it travelled 16,500 kilometres.

“Although you’re in premium eco, you feel like you’re in first class,” said Alladin, adding that he had taken the same flight in 2008. “The flight was very smooth, very quiet.” A one-way ticket from Singapore to New York on this flight costs about $2,150 in premium economy and $3,500 for a roundtrip itinerary, according to the Singapore Airlines website. AFP