Conclusion of interim investigation is that it is not possible to determine source of fire that hit and killed the reporter, says military 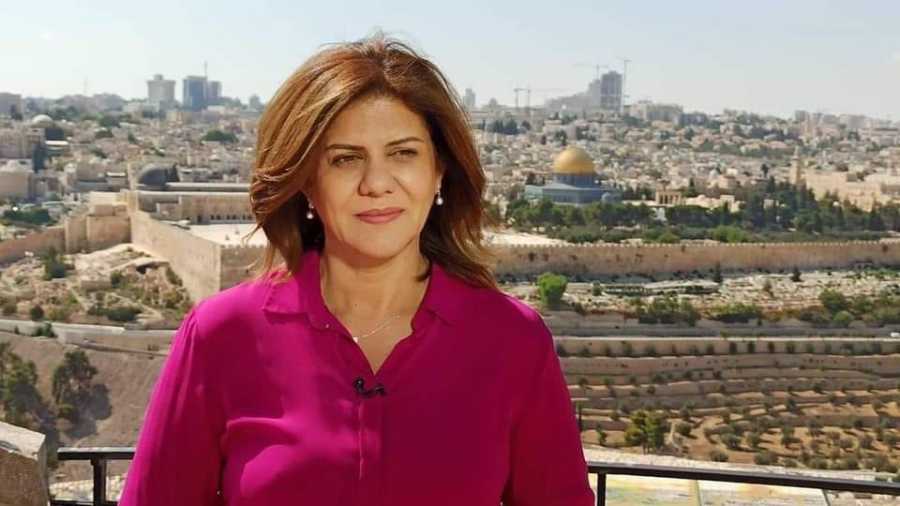 The Israeli military says its initial probe into the killing of an Al Jazeera journalist this week was unable to determine whether she was struck by Israeli or Palestinian gunfire.

In a statement Friday, issued as Shireen Abu Akleh was to be laid to rest in Jerusalem, the military said it was unable to determine who fired the fatal shot during a military raid in the occupied West Bank town of Jenin two days earlier.

It said Palestinian gunmen were active in the area and fired repeatedly and recklessly toward an Israeli military vehicle about 200 meters (yards) from where she was hit, and that Israeli soldiers returned fire.

The probe has raised two possibilities, Ynet said quoting the military. The first, that Abu Akleh, killed on Wednesday in the occupied West Bank, was hit by massive Palestinian militant gunfire toward Israeli military vehicles. The second, that an Israeli soldier returning fire from a jeep toward a gunman had inadvertently hit her. The military did not immediately respond to Reuters request for comment.

The military says that without conducting ballistic analysis on the bullet that killed her, it is unable to determine who fired it. The Palestinian Authority, which has the bullet, has accused Israel of deliberately killing Abu Akleh and has refused Israel's calls for a joint investigation.

Palestinian reporters who were with Abu Akleh at the time said there were no Palestinian gunmen or clashes in the immediate area.

The military says the conclusion of the interim investigation is that it is not possible to determine the source of the fire that hit and killed the reporter.

She suffered a gunshot wound to the head while covering clashes between Israeli soldiers and Palestinian militants. At least two of her colleagues who were with her said that they had come under Israeli sniper fire.

Israel, which has voiced regret at Abu Akleh's death, said that the fatal shot may have been fired by a Palestinian gunman. While launching its own probe, it has also proposed a joint investigation with the Palestinians, asking them to provide the bullet for examination.

The Palestinians have rejected the Israeli request, describing Abu Akleh's killing as an assassination by Israeli forces.

Israel has stepped up raids amid deadly attacks in Israel. Since March, Palestinians and members of Israel's Arab minority have killed 18 people, including three police officers and a security guard, in attacks in Israel and the West Bank that have mostly targeted civilians.

Some of the assailants have come from the Jenin area. The Israeli arrest raids in the West Bank have often sparked clashes and have brought the number of Palestinians killed by Israeli forces or armed civilians since the beginning of the year to at least 42. The casualties include armed members of militant groups, lone assailants and bystanders.