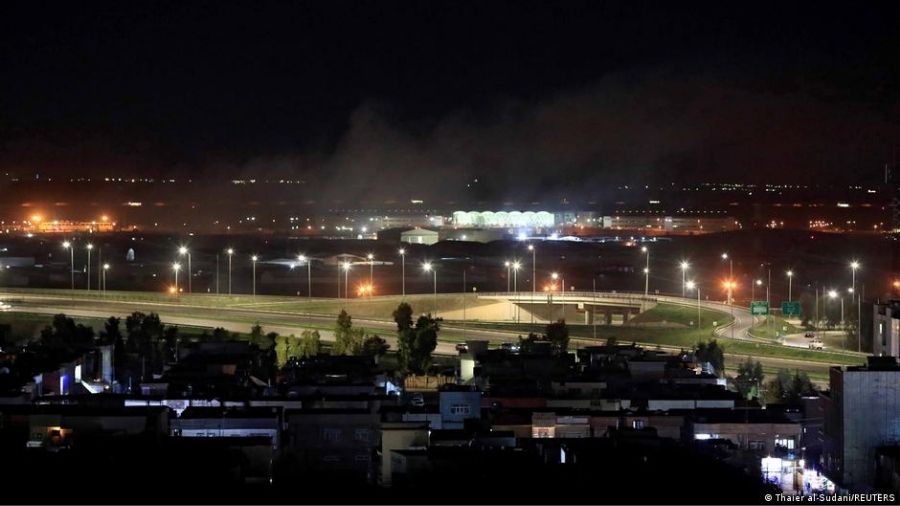 Authorities in the Iraqi Kurdistan region said there were no casualties. Officials have reportedly said missiles were fired from Iran toward the US consulate in Erbil.

Erbil is the capital of the Iraqi Kurdistan Region.

State television cited Iraqi Kurdistan's health minister as saying that there were "no victims or casualties" after the blasts.

Amid reports that the attack was targeting the US consulate in Erbil, a US official told Reuters news agency that there were no US military casualties following the attack.

Iraqi broadcaster Kurdistan24, whose studio is located near the US consulate, went on air after the attack and showed shattered glass and debris on the studio floor.

Iraqi security officials were quoted by the AP news agency as saying at least six missiles were fired toward the US consulate in Erbil. They added that several missiles hit the building.

One of the officials added that the ballistic missiles were fired from Iran, according to the AP. Several days ago, an Israeli strike near the Syrian capital Damascus killed two members of Iran's Revolutionary Guard.

Iran's IRNA news agency reported on the attacks in Erbil while citing Iraqi media, but did not say where the attacks originated.

Earlier attacks on US targets in Iraq

In January 2020, Iran launched 22 ballistic missiles at two US targets in Iraq in retaliation for the killing of Quds Force leader Qassem Soleimani.

Some of the missiles struck the Ain Assad airbase, which hosted the largest US deployment in Iraq. There were no casualties from the strikes.