The American pop star expressed her solidarity with the worldwide protest movement, leading the country's state news agency to slam the superstar a part of the regime's social media strategy 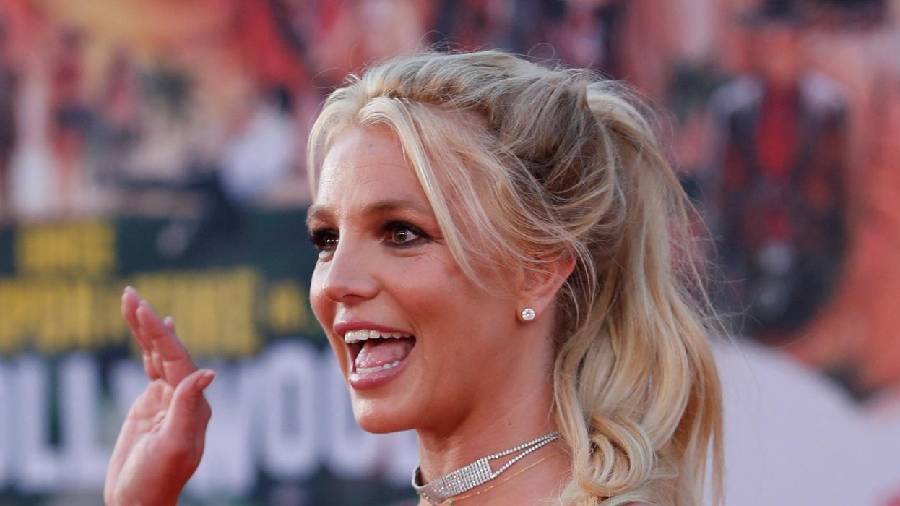 It was one tweet among countless others expressing solidarity with the Iranian protest movement, which has been ongoing  across Iran for nearly a month following the death of the young Kurdish woman Jina Mahsa Amini.

But it was written by Britney Spears.

Me & my husband stand with the people of Iran fighting for freedom.

"Me & my husband stand with the people of Iran fighting for freedom," tweeted the US pop star, who has been married to model, actor and fitness trainer Sam Asghari since June.

Ashari was born in Tehran and came to the US as a teenager. On his Instagram profile, he regularly publishes posts on the current situation in Iran. In one video, he criticized Iran's "terror regime."

The state-controlled Iranian news agency IRNA took Spears' tweet as an opportunity to recall that she had been under her father's conservatorship for several years and had mental health problems. Through this personal attack, they seem to suggest that Britney Spears is not qualified to make any statements on current affairs.

Protest against the death of Jina Mahsa Amini in Istanbul, Turkey on October 17
Deutsche Welle

This social media strategy may be viewed as an attempt by the Iranian state media to distract the population from the bloody protests and shift the debate.

The Iranian news agency had previously employed the same strategy in reaction to a post by US pop star Shakira. The singer had written on Twitter and Instagram that her heart was "with the family of Mahsa Amini and with the women and schoolgirls of Iran and with all those fighting for freedom of expression."

IRNA then posted a meme claiming that Shakira was ignoring police violence against women in the US and Saudi Arabia.

Struggle for truth on social media

On its Twitter channel, the Iranian news agency, which is under the direction of the Ministry of Culture and Islamic Guidance, openly criticizes stars who use their reach on social media to denounce the situation in Iran. The agency claims they are using their influence to produce "fake news."

Britney Spears and Shakira are not the only ones who have spoken out in support of the protests in Iran.

Model Bella Hadid, musician Justin Bieber and actresses Olivia Coleman and Angelina Jolie have also raised their voices. Numerous celebrities have cut off locks of their hair as a sign of solidarity.

The 2022 winner of the German Book Prize, nonbinary author Kim de l'Horizon,  went one step further: They shaved off all their hair during their acceptance speech in Frankfurt on October 18, 2022.