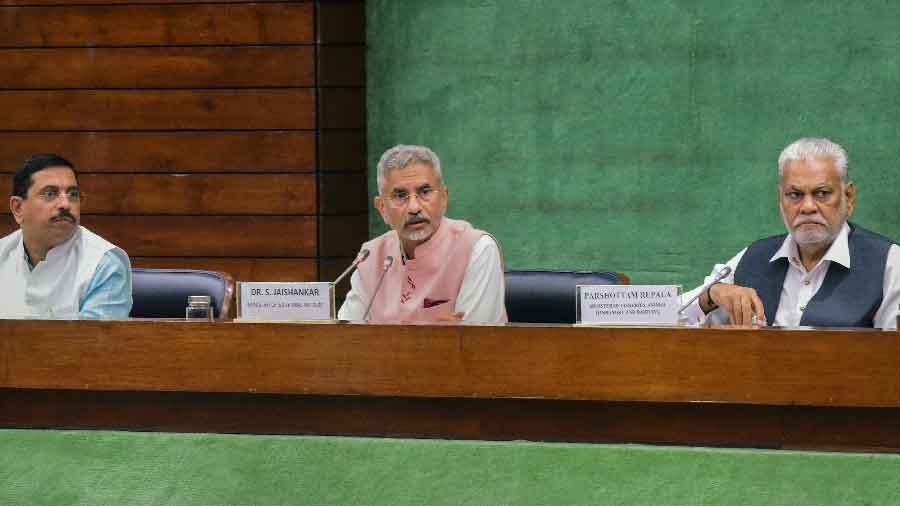 The G4 nations of India, Brazil, Germany and Japan have said that the Intergovernmental Negotiations on UN Security Council reform are constrained by a lack of openness and transparency and expressed disappointment at concerted attempts to stall this process, renewing their determination to work towards commencing text-based negotiations without further delay.

They expressed their concern at the slow pace of the the Intergovernmental Negotiations (IGN) process and in this regard decided to intensify dialogue with all pro-reform Member States, including other countries and Groups, to aim for achieving concrete outcomes in a fixed time frame.

The G4 Ministers reiterated their support for each other's candidatures as aspiring new permanent members in a reformed Security Council.

Reviewing the work of the 76th Session of the United Nations General Assembly, the G4 Ministers expressed concern at the continued lack of meaningful progress in the IGN on Security Council reform, a statement issued on Thursday said.

The G4 Ministers agreed that the 76th Session of the UNGA had made it apparent yet again, that the IGN is constrained by a lack of openness and transparency.

In July, the 193-member General Assembly adopted a draft oral decision on Security Council reform, rolling over the IGN process to the 77th session of the UN General Assembly.

They agreed that in order to produce concrete outcomes, the IGN must be guided by the decision-making requirements and working methods laid out in the Charter of the United Nations and in the rules and procedures of the General Assembly.

The Ministers expressed disappointment at concerted attempts to stall this process, and renewed their commitment to addressing the issue in a decisive manner and with increased urgency in the 77th Session of the UNGA, the statement said adding that the G4 Ministers welcomed the clear recommendation of the President of the 76th General Assembly to "gradually move the process towards text-based negotiations , and expressed hope that this guidance would be followed by all delegations in the 77th General Assembly Session.

The Ministers renewed their determination to work towards commencing text-based negotiations without further delay in the IGN and instructed, to this end, their delegations to the United Nations to work with the President of the 77th General Assembly and the Chair(s) of the IGN, to arrive at a single consolidated text as a basis for a draft resolution for consideration by the UNGA.

The G4 Ministers assessed that today's conflicts around the globe as well as increasingly complex and interconnected global challenges have brought to the forefront the urgency of reforming the United Nations and updating its main decision-making bodies.

They agreed that the inability of the Security Council to effectively address these challenges vividly demonstrates the urgent need for UN Security Council reform in order to better reflect contemporary geopolitical realities and to enhance its effectiveness and the legitimacy and implementation of its decisions.

The G4 Ministers reiterated that expansion of the Security Council in both permanent and non-permanent categories of membership is essential to make the body more representative, legitimate and effective. They agreed on the need for an enhanced role and presence of developing countries and major contributors to the United Nations to enhance the capacity of the Council to respond effectively to the complex and evolving challenges the world faces today on questions of international peace and security.

India has been at the forefront of the years-long efforts to reform the Security Council, saying it rightly deserves a place as a permanent member of the Council, which in its current form does not represent the geo-political realities of the 21st Century.

The G4 Ministers reaffirmed their strong support for the Common African Position (CAP) and emphasized that Africa needs to be represented in both the permanent and non-permanent categories of membership of a reformed and expanded Security Council, in line with the CAP as enshrined in the Ezulwini Consensus and the Sirte Declaration.