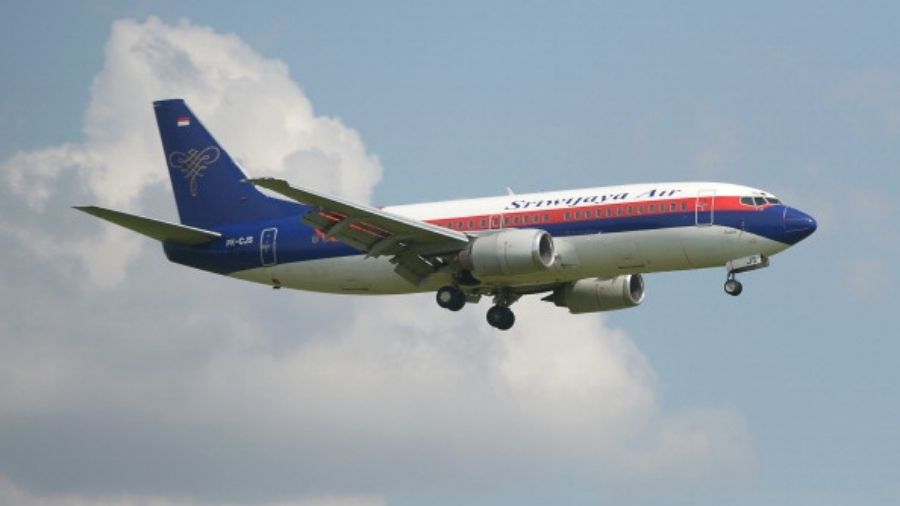 Minutes after taking off from the Jakarta airport on a domestic flight on Saturday, a Sriwijaya Air passenger jet carrying 62 people lost contact with air traffic controllers, officials said.

Flight SJ182 was delayed for an hour before it took off at 2:36 pm (local time), transportation minister  Budi Karya Sumadi said.

The plane disappeared from radar four minutes later, after the pilot contacted air traffic control to ascend to an altitude of 29,000 feet (8,839 meters), he informed.

The airline said in a statement that the plane was on an estimated 90-minute flight from Jakarta to Pontianak, the capital of West Kalimantan province on Indonesia's Borneo island. There were 56 passengers and six crew members on board.

Sumadi said a dozen vessels, including four warships, were deployed in a search and rescue operation centered between Lancang island and Laki island, part of the Thousand Islands chain just north of Jakarta.

Local media reports said fishermen spotted metal objects believed to be parts of a plane on Saturday afternoon in the Thousand Islands.

Television footage showed relatives and friends of people aboard the plane weeping, praying and hugging each other as they waited at airports in Jakarta and Pontianak.

Indonesia, the world’s largest archipelago nation, with more than 260 million people, has been plagued by transportation accidents on land, sea and air because of overcrowding on ferries, aging infrastructure and poorly enforced safety standards.

In October 2018, a Boeing 737 MAX 8 jet operated by Lion Air plunged into the Java Sea just minutes after taking off from Jakarta, killing all 189 people on board. The plane involved in Saturday's incident did not have the automated flight-control system that played a role in the Lion Air crash and another crash of a 737 MAX 8 jet in Ethiopia five months later, leading to the grounding of the MAX 8 for 20 months.

The Lion Air crash was the worst airline disaster in Indonesia since 1997, when 234 people were killed on a Garuda airlines flight near Medan on Sumatra island. In December 2014, an AirAsia flight from the Indonesian city of Surabaya to Singapore plunged into the sea, killing 162 people.

Sriwijaya Air is one of Indonesia’s discount carriers, flying to dozens of domestic and international destinations.