Venkatraman Ramakrishnan, president of the Royal Society from 2015 to 2020, was given the honour by King Charles 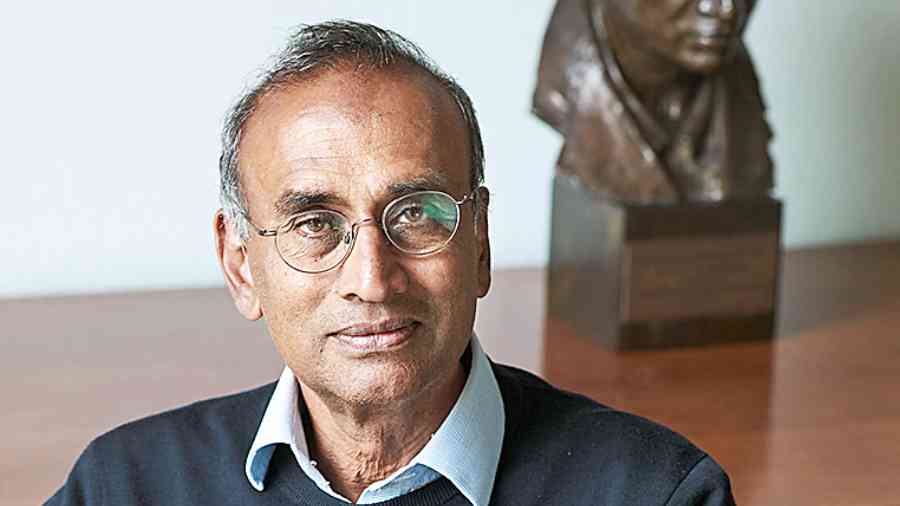 Professor Venkatraman (“Venki”) Ramakrishnan has been conferred the Order of Merit over the weekend, probably marking just another day for the Nobel laureate who is also the first Indian to have been elected president of the Royal Society.

But the Order of Merit is a big deal in Britain, where it has been called “the most prestigious honour on planet earth”, and its bestowment offers an opportunity to revisit the little details that make it a rare accolade.

Venki, who shared the Nobel Prize for Chemistry with two other scientists in 2009 and was president of the Royal Society from 2015 to 2020, has been appointed to the Order of Merit by King Charles.

The number of people who belong to the order is restricted to 24, and the honour, established by Edward VII in 1902, is bestowed on those in Britain and the Commonwealth who have made exceptional contributions to the arts and sciences as well as public life.

Vacancies occur after the deaths of members of the order. They are given a red-and-blue enamel badge, which reads, “For Merit”.

This time there were six who were chosen by the Queen before she passed away on September 8.

Apart from Venki, the new appointments are David Adjaye, a Ghanaian-British architect; Elizabeth Anionwu, the UK’s first sickle-cell nursing specialist; Floella Benjamin, the broadcaster who chairs the Windrush Commemoration Committee; Margaret MacMillan, a Canadian who is an Oxford University history professor; and Paul Nurse, the director of the Francis Crick Institute who is also a Nobel laureate and Venki’s immediate predecessor as Royal Society president.

Appointments to the Order are made in recognition of distinguished service to the armed forces, science, art, literature, or for the promotion of culture. The individuals were chosen by Her Majesty Queen Elizabeth in early September,” Buckingham Palace added.

The others who are current members of the order include Norman Foster (architect);  Roger Penrose (mathematician); Tom Stoppard(playwright); David Attenborough (broadcaster); Tim Berners-Lee (inventor of the World Wide Web); and King Charles from the time he was the Prince of Wales. Honorary members can also be added, which in the past have included South African President Nelson Mandela and US President Dwight Eisenhower.

When the order was founded in 1902 by Edward VII, it included military figures such as Lord Kitchener and Earl Roberts, and scientist Lord Kelvin. Nursing reformer Florence Nightingale was appointed as the first female member in 1907.

On the occasion of the Queen’s Platinum Jubilee earlier this year when she was still alive, Sotheby’s magazine carried a reflection on the medal’s history by historian Dr Dominic Green.

He said: “The Order of Merit recognises ‘exceptionally meritorious service’ in the military, the sciences, arts and literature. Restricted to twenty-four recipients (plus a small number of honorary members who are not British subjects or Commonwealth citizens), the ‘OM’ is one of the most exclusive clubs on Earth, and certainly the most accomplished. It is also the most personal of royal awards, for both recipient and giver. Admission is in the personal gift of the sovereign.”

He went on: “The Order was founded in 1902, to mark the coronation of King Edward VII.... Edward VII also made Florence Nightingale(1907) the first female member. His heir, King George V, made a promising start with Thomas Hardy (1910), Sir Edward Elgar (1911) and Henry James (1916). James, the master of the long sentence, became the shortest-lived OM, lasting only six weeks; the longest-serving OM was the Duke of Edinburgh (1968-2021), a master of the short sentence.

“Elizabeth II’s early reign was defined by imperial entropy and the redefinition of Britain as a soft-power superpower. The last viceroy of India, Earl Mountbatten(1965), was the last military OM to date. The Queen bolstered the poets with Walter de la Mare (1953) and the painters with Graham Sutherland (1960), whose portrait displeased his fellow OM Winston Churchill (1965).

“The arts continued to rise in the OM’s ranks through the 1970s, with Kenneth Clark(1976), whose celebrated Civilisation  series brought the history of art to colour television; and the first theatrical nominees, the ballet dancer and choreographer Freddie Ashton (1977) and Laurence Olivier (1981). Today, the longest-serving living member is an architect, Norman Foster(1997).

“Rudyard Kipling and Francis Bacon were rare refusals, and David Hockney (2012) only accepted because‘ it would have been ungracious to turn it down’. When an OM dies, the medal is returned to Buckingham Palace to await dispatch to the next recipient. The earlier custodians of Freud’s badge had included Thomas Hardy. Today, there are five badges awaiting allocation.”

The vacancies, which rose to six, have now been filled.