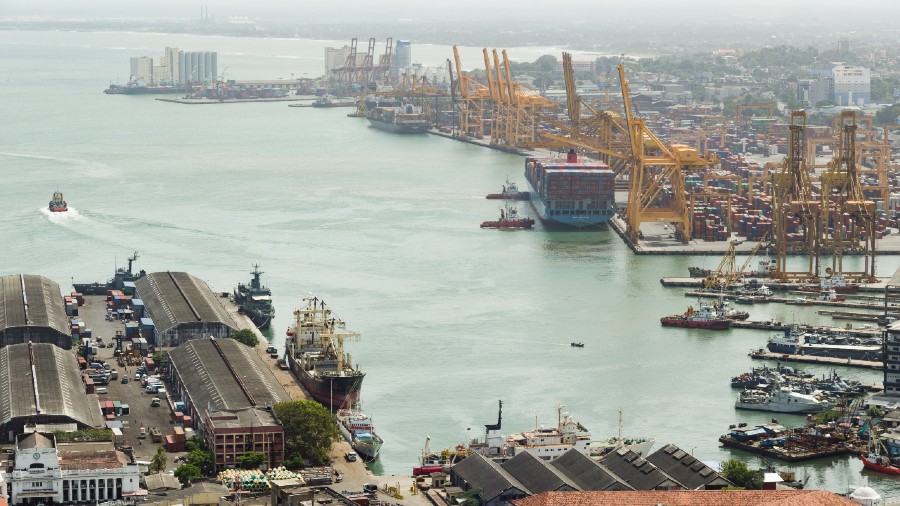 The month-long saga of withdrawing from an agreement on ECT and offering the WCT in return comes at a time when Sri Lanka is facing the heat at the Human Rights Council (HRC) in Geneva after a UN report called for drastic measures against those allegedly responsible for rights violations in the final phase of the armed conflict with the LTTE.

A PTI report from Colombo quoted the government spokesman and minister Keheliya Rambukwella as stating that the Lankan government was hopeful of Indian support at the HRC sessions to defeat what is expected to be a drastic resolution on the island’s accountability process.

Referring to the stance taken by India at the HRC supporting Lanka’s unity and territorial integrity while speaking up for the aspirations of the Tamils for equality and justice, Rambukwella said: “We think that our neighbouring friend India will not be a part of that injustice, because we have presented many facts about it.”

Adani Ports — which had earlier been nominated to develop the ECT — has secured the Indian nomination for developing the WCT. Japan is yet to nominate its investor. Unlike in the case of the ECT, where India and Japan were to jointly own 49 per cent of the stake, the two will have 85 per cent stake in the WCT.

This is along the lines of the Colombo International Container Terminals Ltd, in which the Chinese state-run China Merchants Port Holdings Company Ltd holds 85 per cent stake with the Sri Lanka Ports Authority (SLPA) holding the rest.

While Sri Lanka had offered the WCT to India and Japan after it went back on the 2019 trilateral agreement under pressure from trade unions who were opposed to private participation in the strategically located ECT, New Delhi has not commented on the offer till date. It only made an exception for a general statement that India is interested in participating in the Colombo port development.

But the cabinet note circulated by the Sri Lankan government on Tuesday indicates that India has accepted the offer. According to the note, “the proposal presented by the Adani Ports and Special Economic Zone Limited  has been approved by the Indian High Commission”.

APSEZ Consortium and its still-to-be-named Japanese partner will develop WCT on BOT (Build, Operate, Transfer) basis for a period of 35 years in the public-private participation (PPP) mode in collaboration with SLPA. However, the WCT has to be built from scratch.

New Delhi was particularly interested in the ECT because over 70 per cent of the transhipment business at this terminal is linked to India.

Last month, amid reports of Colombo offering India the WCT in lieu of ECT, external affairs ministry spokesman Anurag Srivastava said: “What I can tell you generally is that we have conveyed an interest in participation in the Colombo port. Our interest is a long-standing one and this is because of the fact that most goods handled there are from and to India. We had in principle agreement from the Sri Lankan government in this regard. The current government has however expressed a preference in engaging investors directly and I understand discussions are going on in this regard.”

There was no comment on Tuesday from the Ministry after Colombo announced that India and Japan would get to develop the WCT following a written assurance from the trade unions that they would support the government’s plans to develop it with private investment.