India hits back after Pakistan rakes J&K issue at UNGA 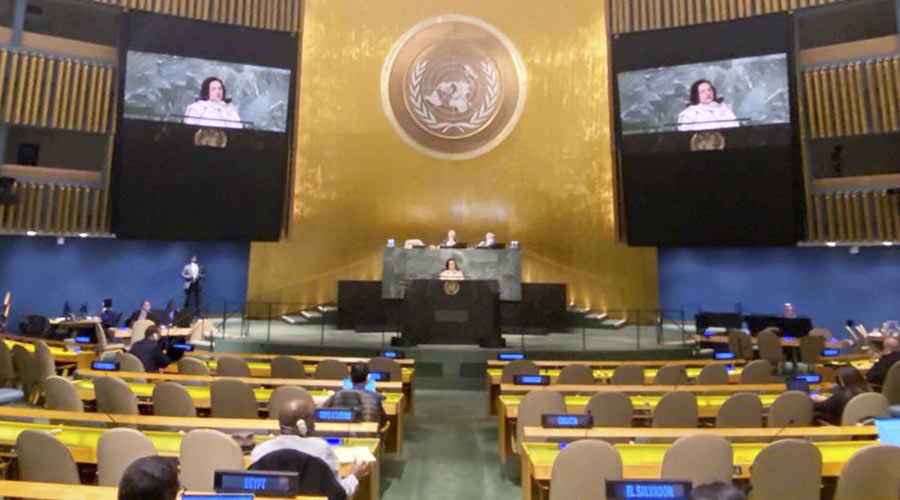 India has slammed Pakistan after it raked the Jammu and Kashmir issue during a plenary meeting of the UN General Assembly on Security Council reforms, saying Islamabad’s desperate attempts to peddle falsehoods and its bad habit of abusing the sanctity of multilateral forums deserves the international community’s collective contempt.

The General Assembly held a plenary meeting on Thursday on the issue of UN Security Council reforms during which Pakistan yet again raked up the issue of Jammu and Kashmir.

“I am taking the floor today to exercise India's Right of Reply to respond to Pakistan's continued abuse of this august Assembly,” Counsellor in India’s Permanent Mission to the UN here Pratik Mathur said.

Mathur said that while the UNGA is meeting to discuss the "extremely important” topic of UN Security Council reforms, the representative of Pakistan has yet again made “unwarranted references” to Jammu and Kashmir.

“Jammu and Kashmir, let me repeat once again for his benefit, remains an integral and inalienable part of India, irrespective of what the representative of Pakistan believes or covets. Pakistan's desperate attempts to peddle falsehoods and a bad habit of abusing the sanctity of multilateral forums deserve our collective contempt and perhaps some sympathy as well,” Mathur said.

Earlier in the day, India’s Permanent Representative to the UN Ambassador Ruchira Kamboj had addressed the plenary meeting, delivering a statement on behalf of the G4 nations of Brazil, Germany, India and Japan. She had asserted that the longer the Security Council reform is "stalled, the greater its deficit in representation. And representation is – an inescapable precondition for its legitimacy and effectiveness.” The G4 nations said that the Inter-Governmental Negotiations process simply cannot be allowed to cocoon itself in perpetuity without letting the collective aspirations of the member states take a definite shape. “We hope this year's IGN process will not be another missed opportunity,” Kamboj had said.