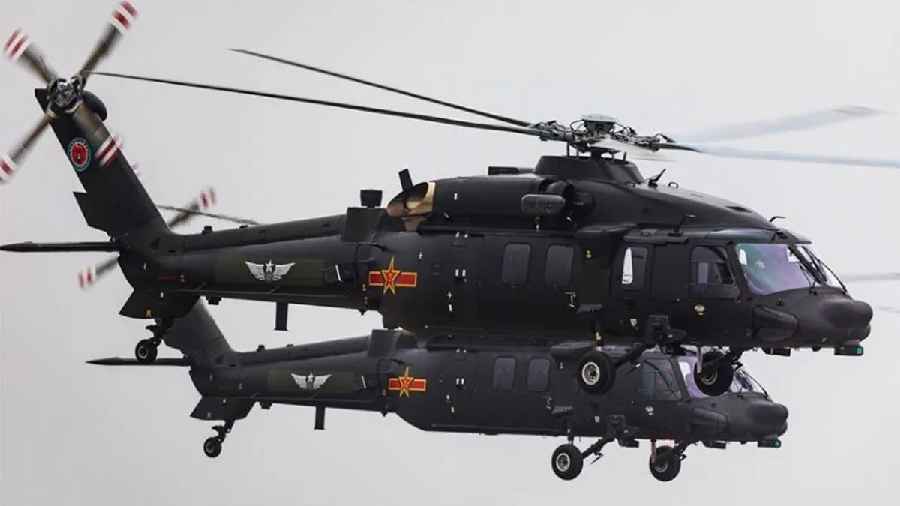 China is building a giant heliport at Golmud in northern Tibet within striking distance of its borders with India.

The enormous heliport which is said to have 63 hangars is reckoned to be one of China’s biggest, and even larger than another one facing the Taiwan Strait, according to The Drive/Warzone, an online magazine that looks closely at defence issues.

Golmud’s massive heliport will be part of a string of smaller bases in Tibet and helipads in Aksai Chin and Ladakh that come all the way upto the Line of Actual Control are aimed at strengthening China’s military position in the region.

Helicopters can perform a range of functions from regular patrolling to airlifting troops and munitions quickly to smaller outposts that need speedy reinforcements. “A very large heliport here (in Golmud) would greatly enhance China’s ability to improve training or execute troop movements and rapid logistical operations towards any section of the Sino-Indo border if the need arises,” says The Warzone.

Golmud already has a large airbase. But work on building the new and entirely separate heliport started in 2020 and is now nearly complete. The heliport also has its own barracks and support facilities.

A network of smaller heliports is also being set up in different parts of Tibet like Rutog, Gerze, Nyima and Seni. Though these are much smaller than the new base at Golmud they are also quite substantial operations with around 18 hangars each, says The Warzone.

It adds: “These smaller heliports, in conjunction with pre-existing airbases, and the large master heliport in Golmud, when mapped, also spell out a clear aerial logistics network being realized across the plateau which could benefit military, armed police, and emergency work.”

Lhasa heliport, reports The Warzone, is one of establishments undergoing, “renovations and expansion activity”. It adds that Lhasa heliport is being reorganised to also make space for UAV launches.

At the other end of the network China’s also building small helipads in places like Aksai Chin and at key conflict points like Doklam. All these together, says The Warzone: “Stands to significantly enhance Beijing’s ability to quickly project power and sustain military operations throughout the tense region, even independent of runways.”

It adds: “These heliports would also greatly enhance troop movement for the Chinese forces allowing for rapid response and support in case of any future clashes. During a major conflict, they would be essential forward operating and resupply points.”

China now has helicopters like the Z-20 which have more powerful engines and can operate at higher altitudes. Helicopters need huge amounts of power to operate in regions like Ladakh where even the valley floors are at around 14,000ft.

India’s Prachand, made at HAL, is also designed to be operational at heights of upto 19,000ft. Besides that we have several helicopters that can operate at heights like the Mi-17

The Indian Air Force also has 22 formidable AH-64E attack helicopters and the army has just acquired another six. The AH-64E is described by Boeing as, “an advanced multi-mission helicopter with the latest technology insertions, maintaining its standing as the world’s best attack helicopter”. Also, India has 15 CH-47 Chinook helicopters that are crucial for operations in Siachin and also Ladakh.

After the Kargil War the Indian armed forces realised the need for helicopters that could operate at Himalayan heights.

China’s also strengthening its airbases and road network in Ladakh, Aksai Chin and the entire Tibetan Plateau. It’s even building better roads that will extend to remote villages that are not far from the Sino-Indian border in Arunachal Pradesh.

India is also moving to enhance airbase capabilities in the Ladakh region. It is upgrading its base at Nyoma, 50km from the LAC in Eastern Ladakh. It’s also being made ready for fighter operations. Besides that we also have an airbase at Fukche and our highest landing strip at Daulat Beg Oldi. Fukche is near the disputed Depchok region.

However, both helipads and airbases close to the actual LAC run the risk of coming under fire from enemy guns or planes.