The latest N. Korean missile launch on Nov 18 which landed about 125 miles from Japan’s coastline came after other ballistic missile launches in the preceding months 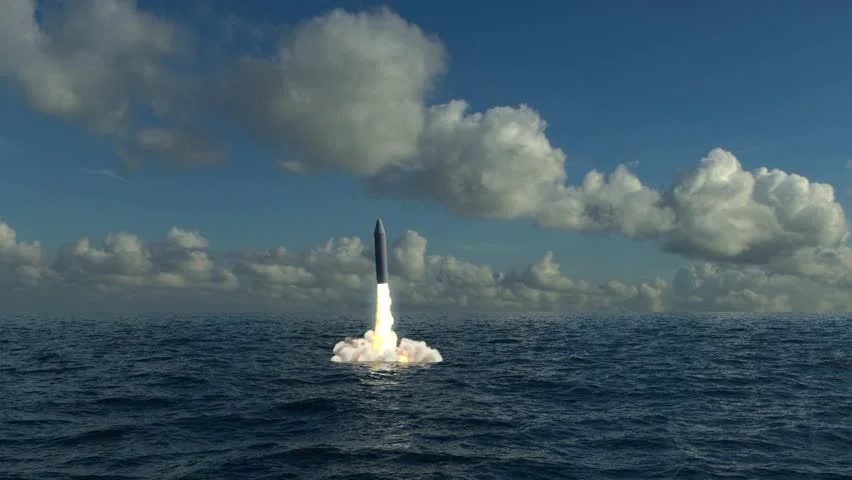 India has joined the US and a dozen other nations to condemn North Korea’s recent intercontinental ballistic missile launch, with New Delhi voicing concern over the proliferation of nuclear and missile technologies, saying they have an "adverse impact" on peace and security in the region, including on India.

India’s Permanent Representative to the UN Ambassador Ruchira Kamboj told the UN Security Council meeting on North Korea on Monday -- the Council met for the second time this month on the issue -- that New Delhi condemns the recent intercontinental ballistic missile launch by North Korea.

The latest North Korean missile launch on November 18 which landed about 125 miles from Japan’s coastline came after other ballistic missile launches in the preceding months.

Kamboj said these launches constitute a violation of the resolutions of the Security Council relating to the Democratic People's Republic of Korea and affect the peace and security of the region and beyond.

US Ambassador to the UN Linda Thomas-Greenfield delivered a joint statement on behalf of Albania, Australia, Ecuador, France, Ireland, India, Japan, Malta, Norway, the Republic of Korea, Switzerland, the United Arab Emirates, the United Kingdom, and the United States on the missile launch.

The joint statement strongly condemned the intercontinental ballistic missile launch of November 18 as well as the subsequent report in North Korea's state-controlled media that it could be used for a preemptive nuclear strike.

“We would also like to reiterate, once again, the importance of addressing the proliferation of nuclear and missile technologies related to DPRK. The proliferation of nuclear and missile technologies is a matter of concern, as they have an adverse impact on peace and security in the region, including on India,” Kamboj said, adding that New Delhi hopes the international community and the Security Council can be united on this front.

India reiterates its continued support for denuclearisation towards peace and security in the Korean peninsula.

The joint statement noted that this was North Korea's eighth intercontinental ballistic missile launch this year.

“Compared with the total number of intercontinental ballistic missile launches prior to 2022, this represents a serious escalation and poses an unequivocal threat to international peace and security,” the statement said, adding that North Korea is acting with impunity in the face of the Security Council’s inaction.

Thomas-Greenfield said the 14 nations support the need for the council to condemn North Korea’s actions with a unified voice and to take action to limit its unlawful weapons of mass destruction and ballistic missile advancement, especially as it relates to nuclear missile technologies in North Korea, the region, and beyond.

“We invite all member states to join us in condemning the DPRK’s unlawful ballistic missile launches and call for full implementation of the existing Security Council resolutions. We also urge the DPRK to abandon its unlawful weapons programmes in a complete, verifiable, and irreversible manner,” the joint statement said.

Head of UN Political and Peacebuilding Affairs (DPPA) Rosemary DiCarlo told the meeting that missile Hwasong-17 reportedly flew a distance of 1,000 kilometres and to an altitude of approximately 6,100 kilometres.

She said it is reportedly the first successful test of North Korea's largest and most powerful missile, capable of reaching all of North America.

She said the launch was the latest in a series of alarming activities related to its nuclear weapon and ballistic missile programmes that North Korea conducted in 2022.

North Korea’s "continued pursuit of its nuclear weapons programme and launches of ballistic missiles blatantly violate relevant Security Council resolutions and have led to a significant escalation of tensions,” the UN Under-Secretary General said, reiterating calls on the country to desist from taking further provocative actions and to fully comply with its international obligations under relevant Security Council resolutions.

She added that North Korea appears to be actively pursuing its nuclear programme and the Director General of the International Atomic Energy Agency (IAEA) reported on November 16 that the Punggye-ri nuclear test site “remains prepared to support a nuclear test”.

“The IAEA has continued to observe activity at the site. It has also observed construction activities at the Yongbyon nuclear facilities as well as indications that the 5-megawatt nuclear reactor was operating,” DiCarlo said.

Noting that this was the 10th time the council was meeting to discuss North Korea in 2022, she said the situation on the Korean Peninsula continues to head in the wrong direction.

“The repeated missile launches, confrontational rhetoric, and military exercises contribute to a negative action-reaction cycle. Tensions continue to increase, with no off-ramps in sight. In addition, the COVID-19 pandemic is complicating diplomacy by impeding official and unofficial contacts with the DPRK,” she said.

The UN official underlined that it is critical to de-escalate and reduce tensions, stressing that communication channels must be enhanced, particularly military-to-military, to lower the risk of miscalculation.