Afghanistan risks running out of food before winter 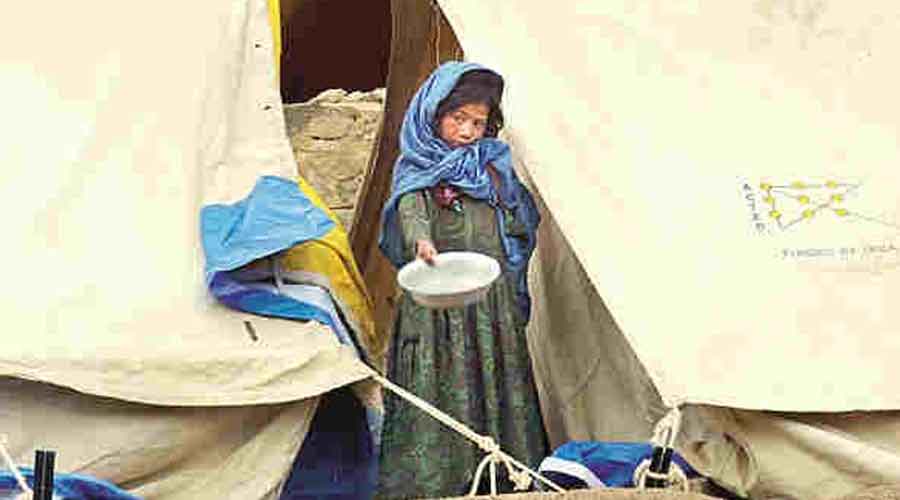 The plight of the Afghan people came into stark relief on Monday when top UN officials warned that millions of people could run out of food before the arrival of winter and one million children could die if their immediate needs are not met.

Secretary-general António Guterres, speaking at a high-level UN conference in Geneva convened to address the crisis, said that since the Taliban takeover in Afghanistan, the nation’s poverty rate is soaring, basic public services are close to collapse and, in the past year, hundreds of thousands of people have been made homeless after being forced to flee fighting.

“After decades of war, suffering and insecurity, they face perhaps their most perilous hour,” Guterres said, adding that one in three Afghans do not know where they will get their next meal.

Speaking to the news media on Monday afternoon, Guterres said more than $1 billion in aid pledges had been made at the meeting by the international community. Linda Thomas-Greenfield, America’s ambassador to the UN, promised $64 million in new funding for food and medical aid.

With the prospect of humanitarian catastrophe long looming over the nation like the sword of Damocles, it now poses an immediate threat to the nation’s children.

“Nearly 10 million girls and boys depend on humanitarian assistance just to survive,” Henrietta H. Fore, the executive director of Unicef, said at the conference. “At least one million children will suffer from severe acute malnutrition this year and could die without treatment.”

Even before the Taliban swept across the country and took control of the government, Afghanistan was confronting a dire food crisis as drought enveloped the nation.

The World Food Programme estimates that 40 per cent of crops are lost. The price of wheat has gone up by 25 per cent, and the aid agency’s own food stock is expected to run out by the end of September.

The suffering wrought by conflict and made worse by climate change has been compounded by the uncertainty that has accompanied the Taliban’s ascent, with many international aid workers having fled the country out of safety concerns. Those who remain are unsure if they will be able to continue their work.

During the conference, the UN said it needed $606 million in emergency funding to address the immediate crisis, while admitting that money alone will not be enough.

The organisation has pressed the Taliban to provide assurances that aid workers can go about their business safely. By the end of the gathering, international pledges had surpassed the amount requested.