House to elect President for the first time in Sri Lanka 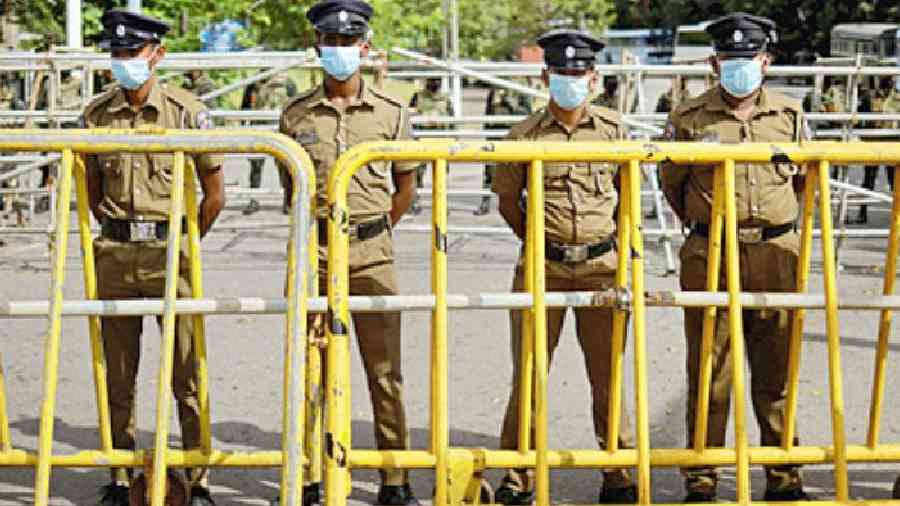 For the first time in 44 years, Sri Lanka’s parliament will directly elect a President on Wednesday in a threeway contest, with last-minute political manoeuvring projecting a close fight between acting President Ranil Wickremesinghe and Dullas Alahapperuma, a rebel leader of the ruling party who is backed by the Opposition as well as a majority of lawmakers from his parent party.

Wickremesinghe, Alahapperuma and leftist Janatha Vimukthi Peramuna (JVP) leader Anura Kumara Dissanayake were proposed by lawmakers on Tuesday as the three candidates for the July 20 presidential election to pick the successor to Gotabaya Rajapaksa after he resigned following a popular uprising against his government for mismanaging the economy that forced him to flee the country.

A majority of members of the ruling Sri Lanka Podujana Peramuna (SLPP) party were in favour of nominating Alahapperuma, a leader of its breakaway faction, for the post of the President and principal Opposition leader Sajith Premadasa as the Prime Minister, chairman of the SLPP, G.L. Peiris, said on Tuesday, ahead of Wednesday’s presidential election.

Although analysts here believe that 73-year-old Wickremesinghe is in the lead, the evidence of numbers in the 225-assembly don’t necessarily suggest it would be plain sailing.

Without the ruling SLPP’s backing, Wickremesinghe would be a non-starter as he only has his seat in parliament to be in the reckoning. Going back to the original parliamentary composition in August 2020, the SLPP number of 145 had seen reversals with 52 of the lawmakers breaking away.

The total of 93 later became 97 with 4 lawmakers returning. Wickremesinghe needs16 more votes to cross the magical figure of 113 in the 225-member house. He relies on at least 9 of the 12 Tamilparty votes plus enough defectors from the main opposition Samagi Jana Balawegaya(SJB), most of whom are his followers having been introduced to politics by him.

In a politically significant move, Premadasa, the leader of the principal Opposition party SJB, on Tuesday backed out in favour of Alahapperuma. The SJB’s original 54 was recently down to 48 and later swelled to 50 after two lawmakers returned.

With the SJB bagof 50, plus Alahapperuma’sown 10 lawmakers and 28 fromother SLPP breakaways, hisfinal tally could reach about90. So he needs about 25 from the SLPP.

However, the most decisive factor which could swing it towards Wickremesinghe is the personal insecurity of the SLPP MPs. Over 70 of them suffered arson attacks with one murdered.

“The most decisive factor will be personal security. Even those whose houses were not damaged fear they can be under threat. They need someone who can make firm decisions,” Kusal Perera, a columnist, said.