Historic candidacy of princess topples tradition ahead of Thailand polls 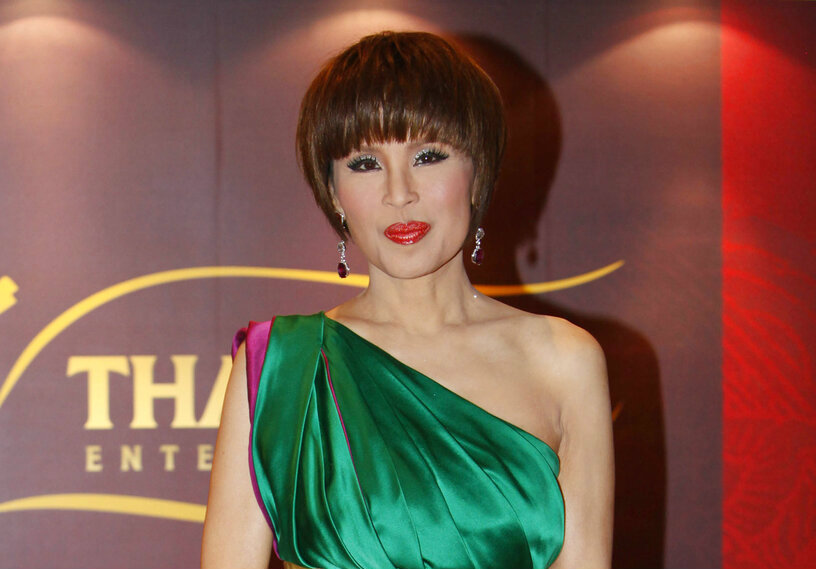 Princess Ubolratana Mahidol will be pitted against the preferred candidate of the military, which is considered one of Thailand's most royalist institutions.
AP file photo
AP   |   Bangkok   |   Published 08.02.19, 08:07 AM

A Thai political party on Friday named a princess as its nominee to be the next Prime Minister, upending tradition of the palace eschewing politics and upsetting all predictions about what might happen in next month's elections.

The selection of Princess Ubolratana Mahidol by the Thai Raksa Chart Party marks a shock realignment of Thai politics by tying the king's eldest sister to the political machine of former Prime Minister Thaksin Shinawatra, which hardcore royalists have long dismissed as opposed in spirit to the monarchy.

And it pits her against the preferred candidate of the military, which is considered one of Thailand's most royalist institutions.

Current Prime Minister Prayuth Chan-ocha, who led the 2014 coup that ousted Thailand's last elected government, on Friday accepted his selection as candidate to lead the next government by Palang Pracharat Party, widely seen as a proxy for the military.

Prayuth had been considered the front-runner for the March 24 polls because changes in constitutional law and election rules were implemented by his government in a manner making it difficult for political parties without military backing to capture the premier's post.

But Ubolratana's de facto alliance with the forces of the exiled Thaksin — whose comeback the military has made every effort to block — puts Prayuth's supporters in an extremely awkward position. Because she will be seen as a representative of the monarchy — the nation's most revered and respected institution — it will be difficult to block her political rise. 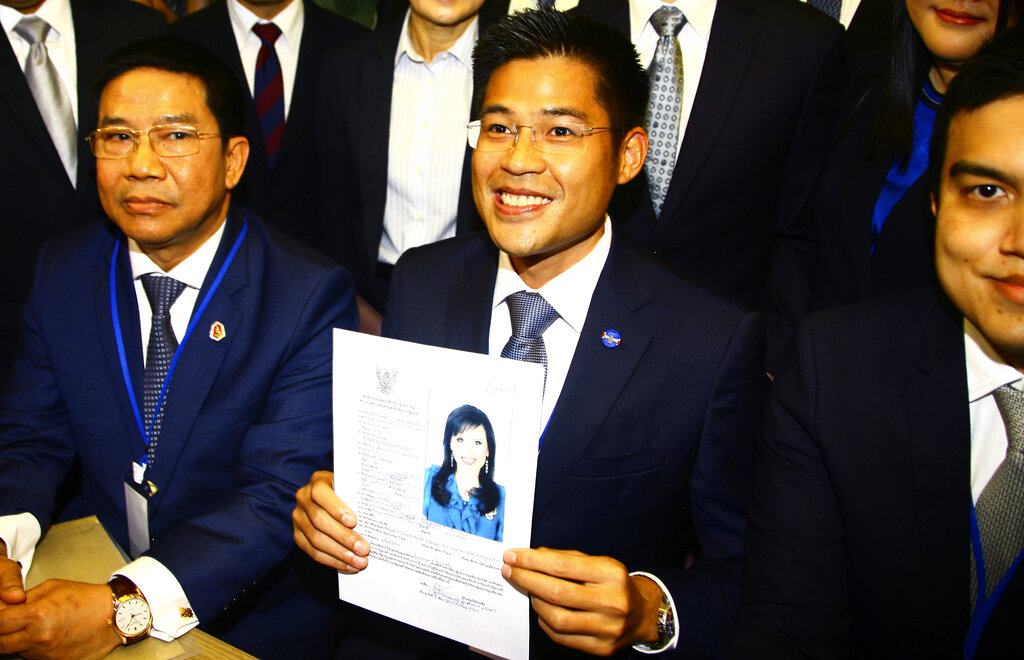 'This is a game changer,' said Allen Hicken, a political scientist at the University of Michigan specialising in Southeast Asian studies. 'In the event Thaksin-aligned parties win the election, it makes it very difficult for the military and royalists to contest, protest, or seek to overturn the result.'

Ubolratana was not present when her name was registered with the Election Commission by the Thai Raksa Chart Party. Its leader, Preechapol Pongpanit, said its executive committee 'agrees that Princess Ubolratana, who is intelligent and capable, is the most appropriate name.' She made no known public appearances Friday.

Because Thailand is a constitutional monarchy, the king and his immediate circle are not supposed to involve themselves directly in politics. Parliament has had members who were distant relatives of the monarch. Ubolratana falls into a gray area, as she is commonly called and treated as a princess, but her highest royal titles were taken away when she married an American more than four decades ago. Just hours after she was registered, another political party supporting Prayuth filed an objection with the Election Commission, arguing that the action broke rules banning the use of the royal institution as part of a political campaign. 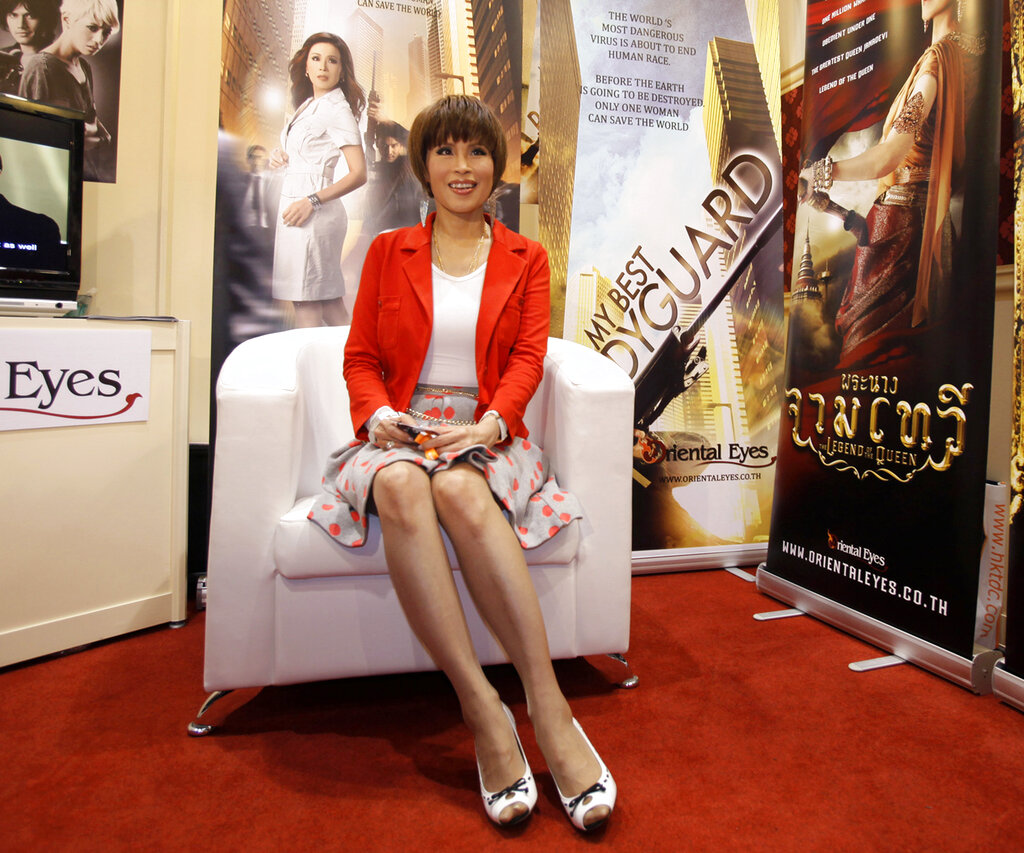 Ubolratana, 67, is the first-born of four children of the late King Bhumibol Adulyadej and Queen Sirikit, with the current king the second-born.

She was virtually disowned by her father in 1972 when she married an American who was a fellow student at the Massachusetts Institute of Technology. They settled in the United States where she and her husband, Peter Jensen, had three children. Only after a divorce did she move back permanently to Thailand in 2001.

Since then she has thrown herself into charity work, especially her To Be No. 1 foundation to fight youth drug abuse. She also frequently promotes Thai tourism and movies at international forums. In general, like most of the royal family, she publicly kept herself aloof from Thailand's recent political turmoil.

For most of Bhumibol's reign from 1946 to his death in 2016, the revered and humble monarch was a stabilizing force in Thai politics. But the election of the telecommunications tycoon Thaksin in 2001 was transformative for Thailand.

His populist policies delivered unmatchable electoral majorities, but he was resented by the traditional ruling class, including royalists and the military. Violent street protests and two military coups have marked the years since. Thaksin went in exile in 2008 to avoid serving jail time on a corruption conviction he insists was politically motivated.

His well-funded political machine returned his allies to power twice, and his maneuvering is seen as the key element in arranging for Ubolratana's selection by a Thaksin-affiliated party.

Most observers of Thai politics agree that Thaksin aggressively pursued good relations with Ubolratana's brother, current King Maha Vajiralongkorn, and friendship with the princess herself. These links were formed as royalists and others loyal to Bhumibol accused Thaksin of showing disrespect for the throne, and even of harboring secret republican tendencies.

'I don't think that Khun (Mr) Thaksin will be involved about this,' he said. 'I don't think it's appropriate to talk about a third person.'

When King Maha Vajiralongkorn ascended to the throne, conventional wisdom saw him as tightening his grip on power by allying himself closely with the military.

The surprise entry of his sister Ubolratana into politics — assumed to be with the king's approval — raises questions about whether the long-lasting partnership of the palace with the army is in jeopardy. 'Assuming that this is proceeding with the blessing of the King, this suggests that the Crown is trying to chart its own course through Thailand's turbulent political waters, placing some distance between itself and the military,' Hicken said.

He acknowledged, however, that it is too soon to tell what end result the king has in mind.