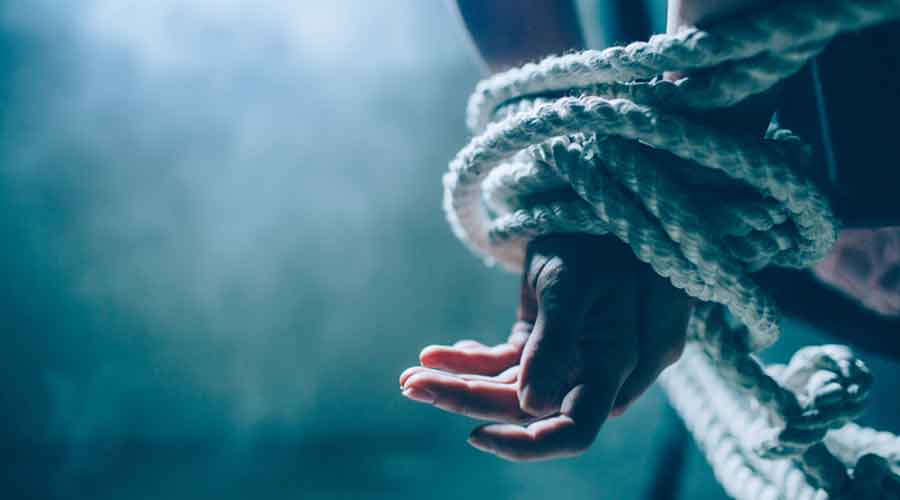 A woman and two teenage girls belonging to the Hindu community have been kidnapped with two of them forcibly converted to Islam and married to Muslim men in Pakistan's Sindh province, the latest in a string of such atrocities committed against members of the minority community.

Meena Meghwar, 14, was abducted from the Nasarpur area and another teenage Hindu girl was kidnapped while returning home from the market in Mirpurkhas town, police said.

In the third instance, a married Hindu woman with three children went missing from Mirpurkhas and later showed up after allegedly converting to Islam and marrying a Muslim man.

In the last case, police have refused to register an FIR on the complaint of the woman's husband Ravi Kurmi who says she was forcibly abducted and converted to Islam by their neighbour Ahmed Chandio who used to harass her wife.

A local police officer in Mirpurkhas said all three cases are being investigated.

The officer, however, said married woman Rakhi claims she converted and married the Muslim man of her own will.

The abduction and forcible conversion of young Hindu girls have become a major problem in the interior of Sindh province which has a large Hindu population in Thar, Umerkot, Mirpurkhas, Ghotki and Khairpur areas. Most of the Hindu community members are labourers.

In June this year, teenage Hindu girl Kareena Kumari told a court here that she was forcibly converted to Islam and married to a Muslim man.

In another case on March 21, Pooja Kumari was brutally shot dead outside her home in Rohri, Sukkur. Apparently, a Pakistani man wanted to marry her but she refused and he and two of his accomplices opened fire on her a few days later.

On July 16, 2019, the issue of abducting and forcibly converting Hindu girls in various districts of Sindh province was taken up in the Sindh Assembly, where a resolution was debated and unanimously passed after it was modified over objections of certain lawmakers that it should not be restricted to Hindu girls only.

But the bill which criminalised forcible religious conversions was later rejected in the assembly. A similar bill was again proposed but rejected last year.