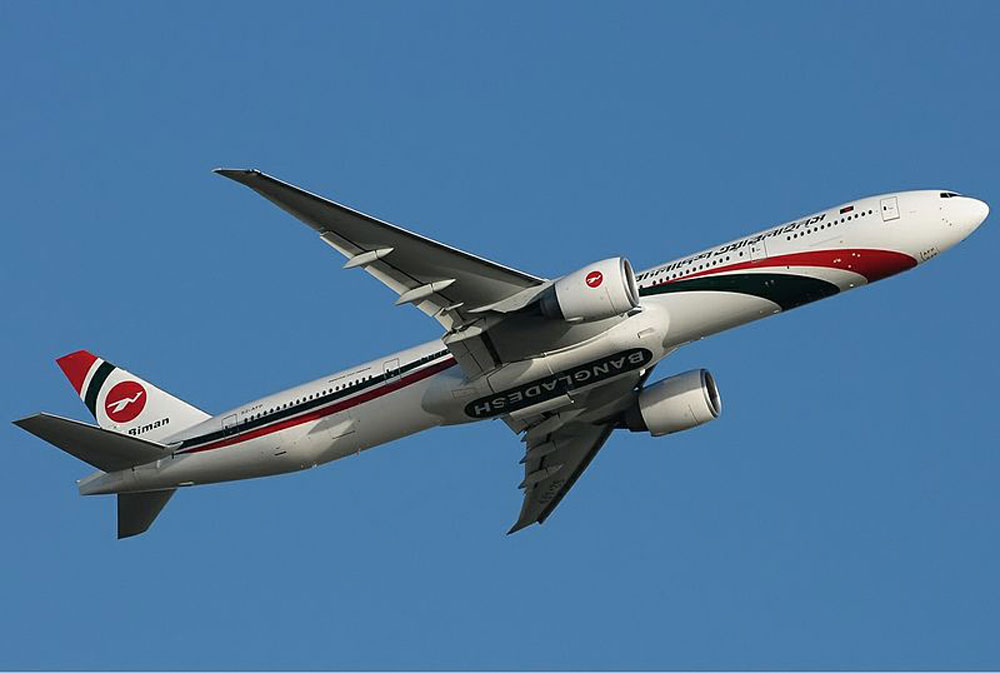 A flight bound for Dubai from Bangladesh's capital, Dhaka, made an emergency landing Sunday at the airport in Chittagong, Bangladesh, after a man attempted to hijack the plane, an official said.

There were no casualties from the incident on the state-run Biman Bangladesh Airlines flight, Air Vice Marshal Mofidur Rahman of Bangladesh's air force said at a news conference broadcast live on Somoy TV late Sunday. He said a suspect, a Bangladeshi man, had been arrested and was being questioned. Rahman described the suspect as a 'terrorist.'

Rezaul Karim, an official with the Bangladeshi military's inter-service public affairs office, told The Associated Press that the suspect was injured when military commandos opened fire on him. It was unclear where the shooting occurred.

Bangladeshi soldiers could be seen in the live broadcast taking positions inside Shah Amanat International Airport in Chittagong, 252 kilometers southeast of Dhaka.

Rahman declined to provide more details about the incident, but said that all 143 passengers and seven crew members aboard the Boeing 737-800 jet had been evacuated and were safe.

The flight took off from Dhaka at 4:35 p.m. for the flight to Dubai via Chittagong. The pilot made the emergency landing in Chittagong about 40 minutes later, officials said, after a crew member reported 'suspicious behaviour' by the man.

Bangladeshi air force spokesman Nur Islam told The Associated Press by phone that 'the situation was under control.'