Officials said the number of dead was based on preliminary information 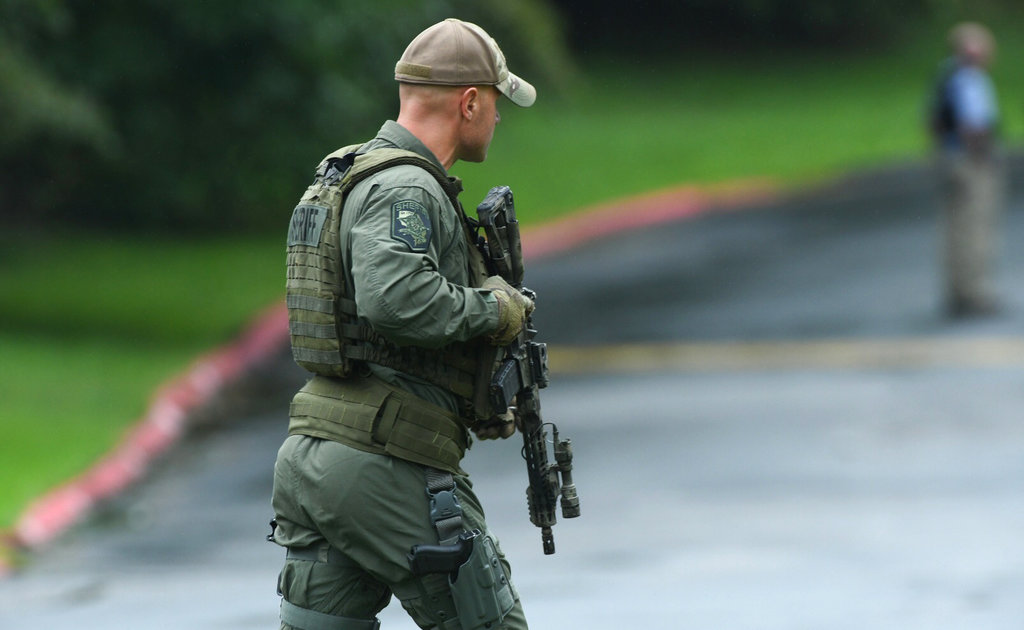 Authorities respond to a shooting in Maryland, US, on Thursday. The FBI is describing it as an active shooter situation.
Jerry Jackson /The Baltimore Sun via AP
AP   |   Maryland   |   Published 20.09.18, 03:59 PM

A gunman killed three people and wounded two others at a drugstore distribution centre in Maryland, US on Thursday.

A law enforcement official with knowledge of the shooting stressed that the number of dead is based on preliminary information. The officials weren't authorised to discuss details by name and spoke on condition of anonymity to The Associated Press.

The FBI described it as an 'active shooter situation' and said its Baltimore field office was assisting.

The Harford County Sheriff's Office tweeted that the shooting involved 'multiple victims' and warned that the situation was still fluid and asked people to avoid the area.

In a tweet, Maryland Gov. Larry Hogan said his office is monitoring the situation in Aberdeen and that the state stands ready to offer any support.

Susan Henderson, spokesman for the drugstore chain Rite Aid, said the shooting happened on the campus of a company distribution centre in Aberdeen. She described it as a support facility adjacent to a larger building.