G20 summit in Bali opens amid Russia's war on Ukraine

During an address opening the event, Indonesia's Joko Widodo called on leaders to not fall into another Cold War 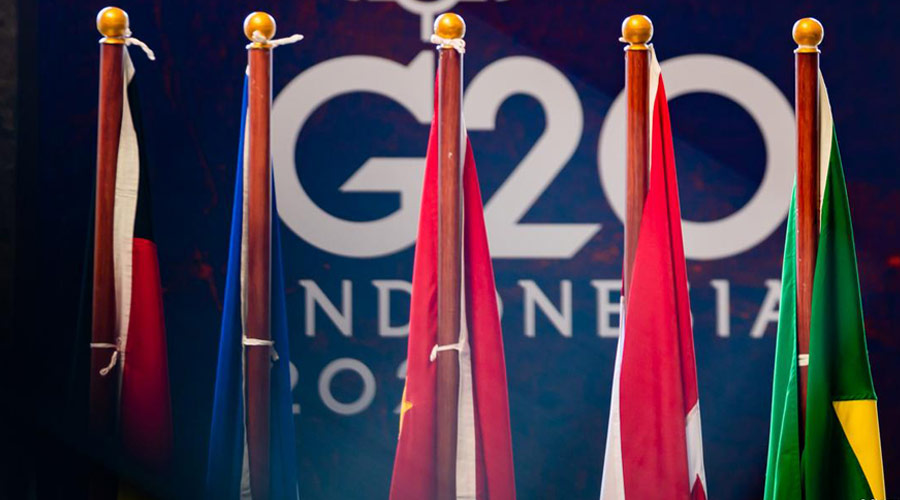 The G20 summit kicked off in Bali, Indonesia on Tuesday, as Russia's war on Ukraine presses forward.

"We have no other option, collaboration is needed to save the world," Widodo said. "The G20 must be the catalyst for inclusive economic recovery. We must not divide the world into parts. We must not allow the world to fall into another cold war."

Ukrainian President Volodymyr Zelenskyy also gave a speech via video link to the summit, at Widodo's request and called on G20 leaders to become a "co-creator of peace" and also end Russia's "aggressive" war.

"I am convinced now is the time when the Russian destructive war must and can be stopped," Zelenskyy said in a video address.

"Every day of delay means new deaths of Ukrainians, new threats to the world, and an insane increase in losses due to continuation of the Russian aggression — losses for everyone in the world," the Ukrainian leader warned.

The summit will finish off with a joint final declaration. A Western diplomat told the German news agency DPA that Russia is willing to accept a passage in the declaration that condemns the war against Ukraine.

The passage reportedly calls the conflict a war and not a "special military operation," the preferred term of the Kremlin.