Friends with all: Gotabaya

'I consider the foremost responsibility of my government is to ensure the national security of my country,' Rajapaksa said 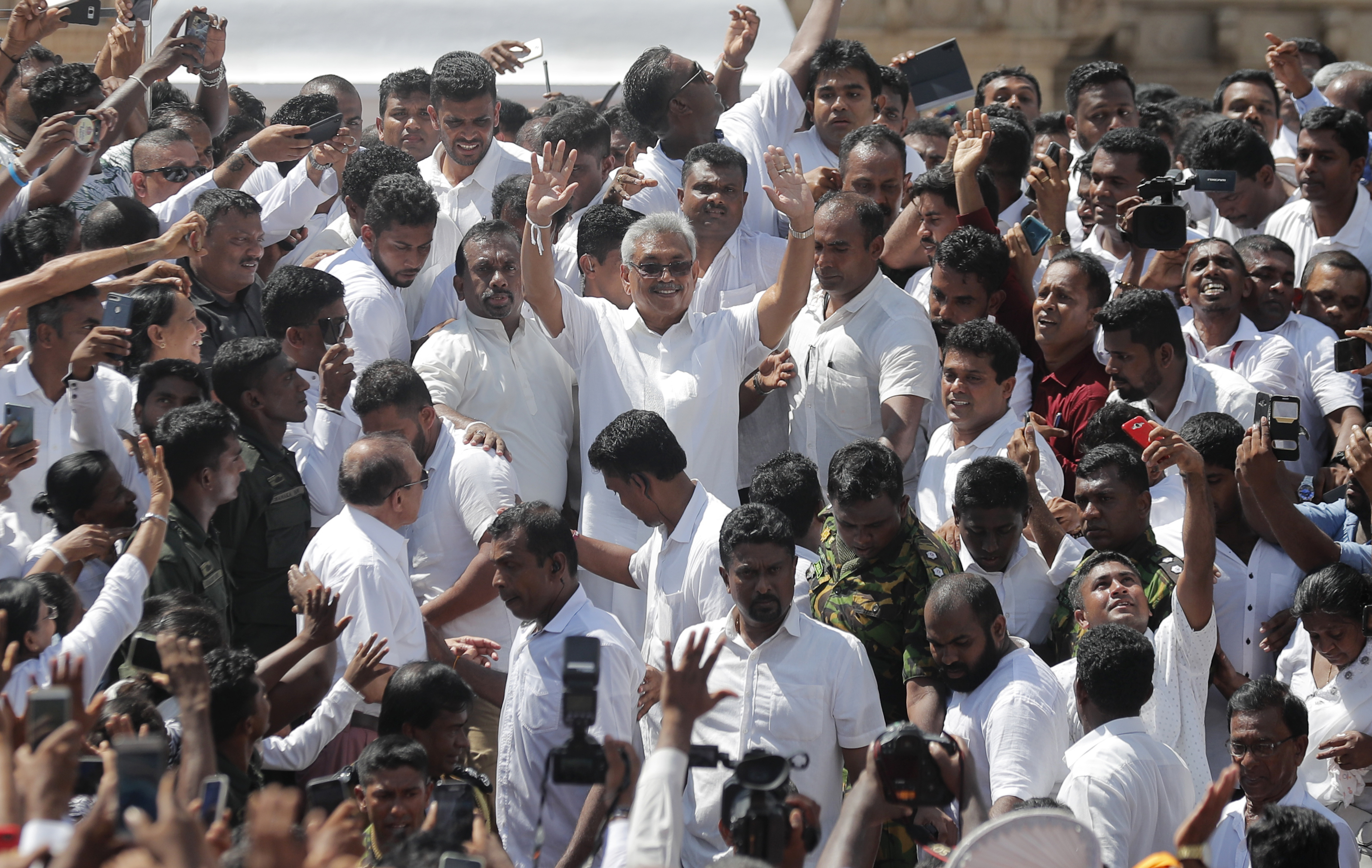 Gotabaya Rajapaksa, greets people as he leaves after the swearing in ceremony held at the 140 B.C Ruwanweli Seya Buddhist temple in ancient kingdom of Anuradhapura in north central Sri Lanka on November 18, 2019
(AP)
Reuters And PTI   |   Colombo   |   Published 18.11.19, 08:32 PM

Sri Lanka’s newly elected President Gotabaya Rajapaksa made national security his top priority after being sworn in on Monday at an ancient temple in the north-central city of Anuradhapura where he received blessings from Buddhist monks.

Nicknamed “The Terminator” within his own powerful political family, the 70-year-old former defence chief delivered a measured speech, saying his country would maintain friendly ties with all nations and remain neutral in matters involving international powers.

Gotabaya had made security his top campaign issue for a nation traumatised by the Easter bomb attacks by militants earlier this year that killed 269 people.Seen as a champion of Sri Lanka’s Buddhist Sinhalese majority, Gotabaya, who oversaw the military defeat of Tamil separatists under his brother and then President Mahinda Rajapaksa 10 years ago, said in a televised speech: “I consider theforemost responsibility of my government is to ensure the national security of my country.

“We will rebuild the state security machineries to secure the country from terrorism, underworld activities, robbers, extortionists.”

Gotabaya also promised to protect Sinhala culture and heritage and provide state sponsorship to safeguard the morals and traditional ways.

“As your new President, I request again to join as true Sri Lankans to develop this country,” he said.Gotabaya, who is seen as close to China, requested all countries to respect Sri Lanka’s sovereignty. We want to remain neutral in our foreign relations and stay out of any conflicts amongst the world powers,” he said in English during his speech that he gave largely in local Sinhala language.

Sri Lanka has historically been an important commercial hub along the maritime routes because of its strategic position in the Indian Ocean, where China is increasingly making inroads, raising concerns in India.