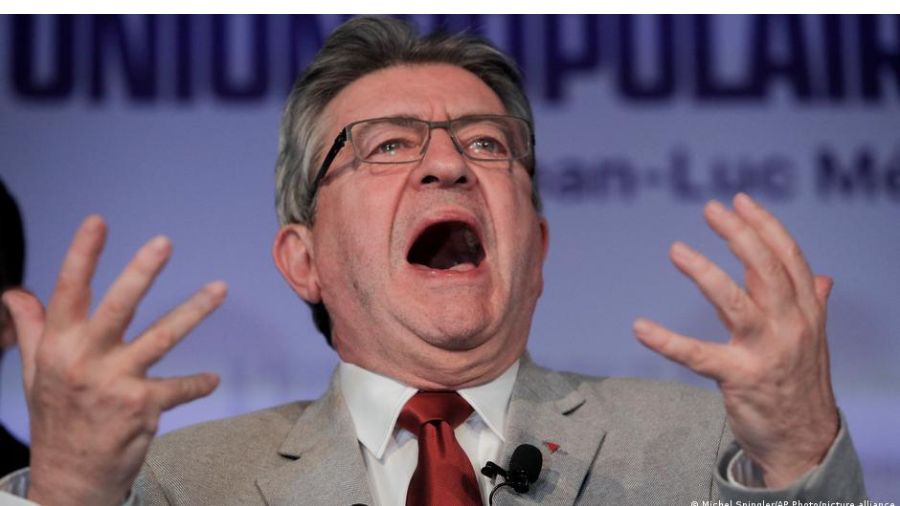 France's far-left LFI and its Green Party EELV have joined forces ahead of parliamentary elections in June, aiming to prevent President Emmanuel Macron "from pursuing his unjust and brutal policies."
The political left in France made its first move in creating a united front on Monday after far-left candidate Jean-Luc Melenchon placed third in the recent presidential election.

Melenchon, who is also popular with more mainstream progressives, has now clinched a deal with the Greens ahead of parliamentary elections in June.

"We want to elect members of parliament in a majority of constituencies, to prevent Emmanuel Macron from pursuing his unjust and brutal policies and to defeat the far right," Melenchon's LFI and France's Green Party EELV said.

Although centrist President Emmanuel Macron won re-election in the knockout round against Marine Le Pen last month, he would still need to secure a majority for his LREM party and its allies to continue implementing his pro-business legislative agenda. In the first round of the presidential vote, Macron secured less than 28% support, compared to just over 23% for Le Pen and nearly 22% for Melenchon.

Socialists not too keen on Melenchon
The 70-year-old Melenchon, the leader of the far-left LFI, is hoping that the country's Socialist and Communist parties will also join his new alliance.

But a broad left-wing bloc might be a tough sell for France's Socialists. The center-left party take issue with Melenchon's view that France should not obey a number of EU rules on budgets and competition. Also, while Melenchon is not in favor of France exiting the EU, he has indicated that he wants France to leave NATO.

Macron's centrist fighting on two fronts
Polls indicate that Macron and his allies can still likely count on getting another majority in the 577-seat National Assembly. But they would be facing stiff competition from both the right and the left.

In the parliamentary vote, the centrists would once again be challenged by Marine Le Pen and her RN party. Despite winning over 58.5% in the second round of the presidential vote, his victory over Le Pen was won by a smaller margin than in 2017, when he was endorsed by 66% of the voters.