Four Sikhs, three of them women, among eight killed in Indianapolis 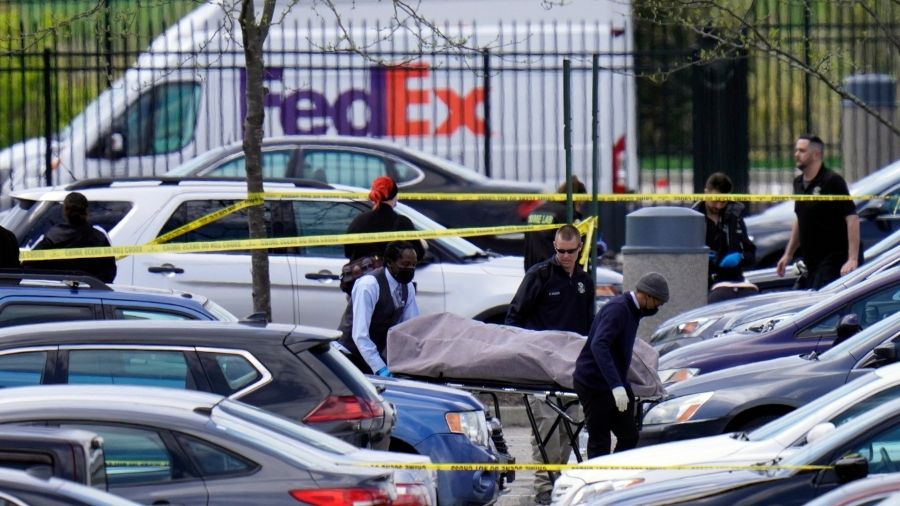 Four Sikhs, including three women, were among eight people who were killed in a mass shooting at a FedEx facility in the US state of Indiana staffed by a large number of Indian-American employees, shocking the community leaders who appealed to President Joe Biden to tackle the growing hate crimes and gun violence in the country.

The gunman, identified as 19-year-old Brandon Scott Hole, a former employee. He allegedly died by suicide after the shooting on late Thursday night at the FedEx facility in Indianapolis. He was last employed by FedEx in 2020.

Hole was interviewed by FBI agents last year, after his mother called police to say that her son might commit suicide by cop", the bureau said on Friday.

This is the worst Sikh massacre in the US after the Oak Creek Gurdwara mass shooting in Wisconsin on August 5, 2012, where seven members of the community were killed.

About 90 per cent of the workers at this delivery service facility are said to be Indian-Americans, mostly from the Sikh community.

"This is very heart-breaking. The Sikh community is devastated by this tragic incident," community leader Gurinder Singh Khalsa told PTI over the phone after meeting family members of the employees of the FedEx facility.

Another Sikh community member, Harpreet Singh Gill, 45, was hit by a bullet near the eye and is now in hospital.

The IMPD said the coroner's office will determine the causes of death after autopsies are completed.

US President Biden and Vice President Kamala Harris have expressed condolences over the tragic killings.

“Vice President Harris and I have been briefed by our homeland security team on the mass shooting at a FedEx facility in Indianapolis, Indiana, where a lone gunman murdered eight people and wounded several more in the dark of night,” Biden said in a statement.

Biden issued a proclamation in honour of the deceased. He ordered that the national flag be flown at half-staff at the White House and upon all federal buildings.

Khalsa said community members are in touch with the officials.

"Post 9/11, the Sikh community has suffered a lot. It is high time that strong measures be taken to bring an end to such mass shootings. Enough is enough," he said. Indiana has about 10,000 members of the Sikh community.

The shooter allegedly turned his weapon on himself before law enforcement arrived at the scene. FedEx has confirmed that he was a former employee at the Indianapolis facility. No further information was released.

The Indian Embassy in the US has conveyed its heartfelt condolences to the families of those who lost their lives in the "shocking" mass shooting incident.

“We are closely monitoring the situation and remain ready to provide all possible assistance,” the Indian Embassy said in a statement on Friday night.