Donald Trump's push for a $5.7 billion wall is unlikely on its own to stop the thousands crossing the US-Mexico border every month 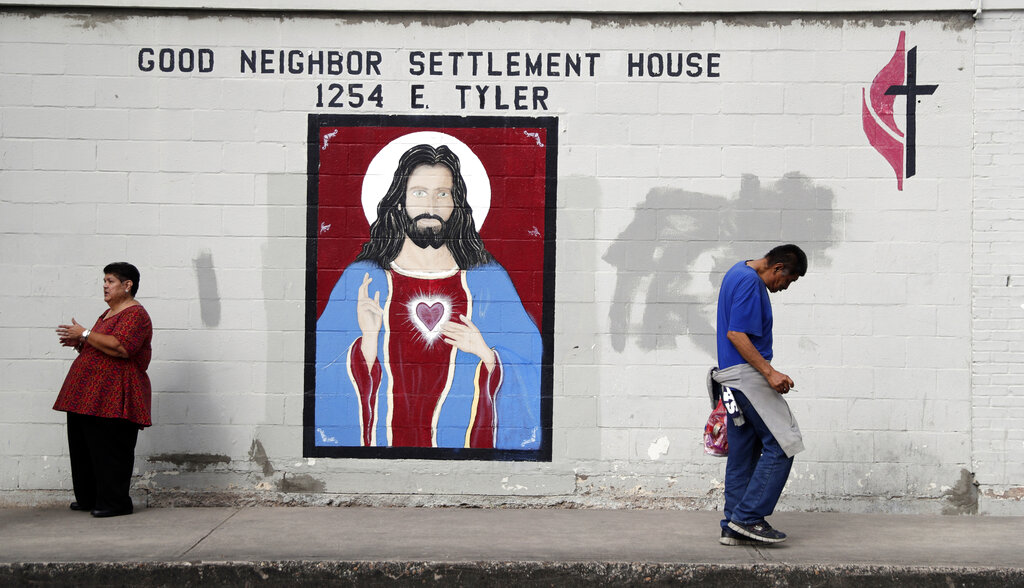 Marianela Ramirez Watson (left) stands outside the Good Neighbor Settlement House in Brownsville, Texas, as a person walks by the shelter for migrants released from the US immigration detention.
AP
AP   |   McAllen (Texas)   |   Published 23.01.19, 01:39 PM

Maria Orbelina Cortez says she fled El Salvador for the US after her husband attacked her and knocked a pan of scalding oil onto her youngest son's head.

After quietly planning for months, she took the 3-year-old boy and his two brothers and headed north without telling her husband. As she spoke in the yard of a Catholic Charities shelter in South Texas, the boy played nearby. He had a hairless scar on top of his head in the shape of a jagged, capital "T."

President Donald Trump's push for a $5.7 billion wall — a demand that triggered the longest government shutdown in history — is unlikely on its own to stop families with stories like Orbelina's, who are crossing the US-Mexico border by the thousands each month.

An immigrant passes through a makeshift doorway in the encampment for asylum seekers waiting to cross the nearby US-Mexico bridge, in Matamoros, Mexico. The latest proposal President Donald Trump and Senate Republicans made to fund the wall includes provisions that would be far more consequential than the wall, by making the already difficult task of winning asylum even harder.
AP

Pedestrians pass a makeshift encampment where migrants seeking asylum wait in Matamoros, Mexico, on a bridge connecting the US and Mexico. Trump administration officials argue many asylum seekers are making illegitimate claims to enter the US for years while their cases are processed. Immigration courts last year denied asylum in about 65 per cent of cases.
AP

Maria Orbelina Cortez's 3-year-old son, Julio, plays with a soccer ball at the Catholic Charities shelter in McAllen, Texas. Orbelina says she decided to flee El Salvador after her husband attacked her and caused a pan of hot oil to fall, scalding the child and leaving a scar on his head.
AP

Deysi Yanira Centeno wipes a tear as she describes fleeing El Salvador with three of her children, aged 7, 11, and 15, at the Catholic Charities shelter in McAllen, Texas. Centeno reached the border a month after fleeing El Salvador, where gangs threatened her 15-year-old daughter.
AP

A migrant seeking asylum waits in Matamoros, Mexico, on a bridge connecting the US and Mexico. Asylum seekers at the border sometimes wait weeks or months to enter the US for processing.
AP