Advertisement
Home / World / The reality on the border: How much will a wall really help? 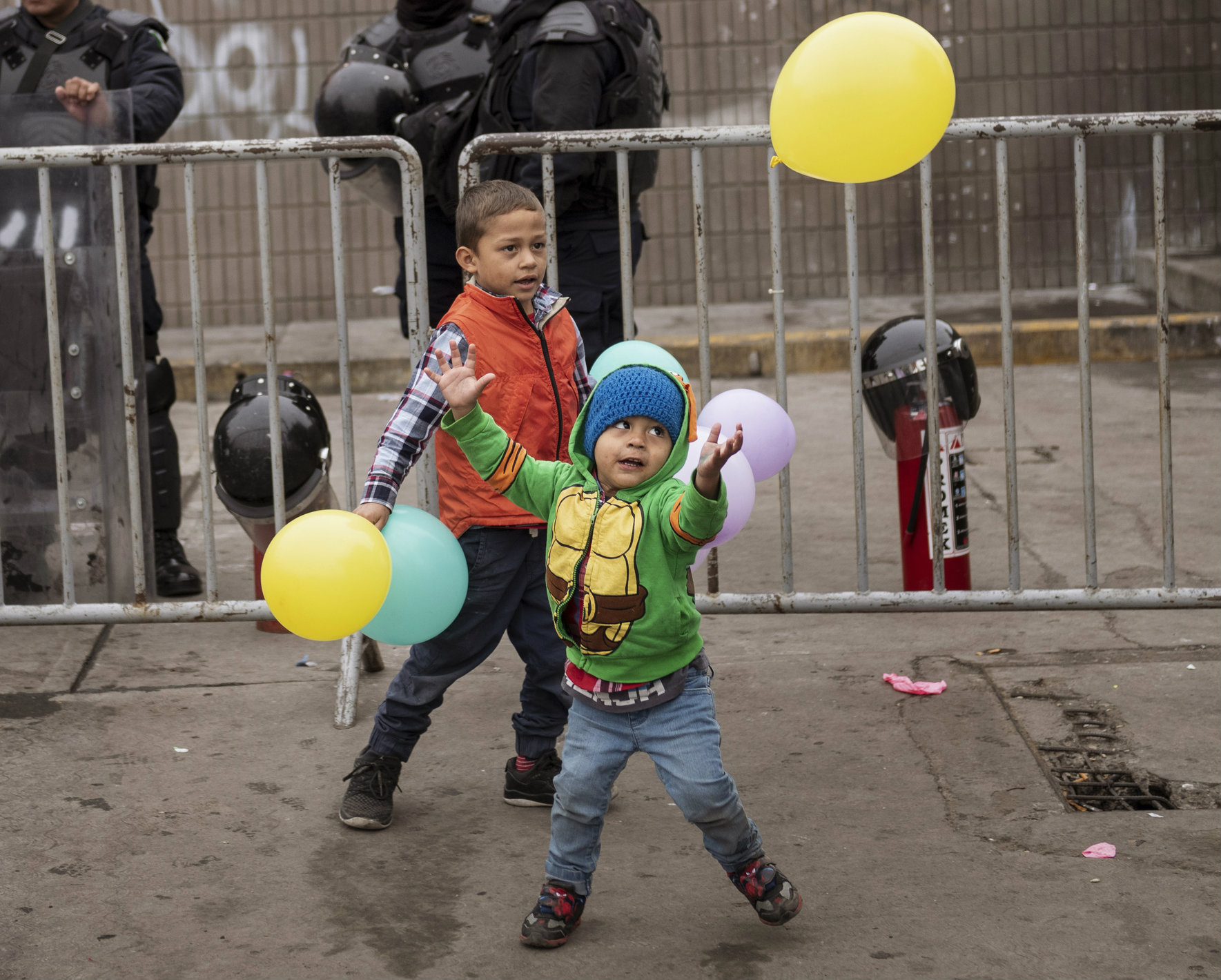 President Donald Trump says there is a security crisis at the US-Mexico border that can be addressed only by spending $5.7 billion on a wall.

Democrats have flatly refused to agree to the funding. House Speaker Nancy Pelosi called the wall an 'immorality.'

Trump will address the nation on Tuesday to make the case for the wall, which he says would solve many of the issues at the border because it would deter people from trying to come to the United States.

But the debate raging in Washington largely overlooks the reality on the border — where issues are not easily solved by a barrier.

A look at some of those issues:

A migrant from Honduras looks from the border fence into the US side before jumping to San Diego, California, from Tijuana, Mexico.
AP

One of the biggest challenges isn't just stopping people from crossing the border, but figuring out what to do with those who have already crossed illegally.

Border Patrol agents are apprehending far fewer people than they once were — a sign that the number of people crossing illegally has plummeted since 2000. But while most of those crossing illegally used to be Mexican men looking for work, now nearly half are families and unaccompanied children from Central America.

They can't be immediately returned — the government must coordinate flights to their home countries and secure travel documents, which take time, plus many make claims for asylum in the US.

Customs and Border Protection officials have long said their stations are not equipped to manage the growing influx of children and families. As a result, border crossers are stuck in short-term holding cells for days and there has been a spike in sick migrant children, including two who died in custody.

They referred 451 cases, more than half children, to a medical provider from December 22 to December 30.

The administration on Sunday asked for an additional $800 million in funding for medical support, transportation, supplies and temporary facilities for processing and short-term custody of 'this vulnerable population'.

A migrant from Honduras rests on top of his belongings inside an empty warehouse used as a shelter set up for migrants in downtown Tijuana, , Mexico.
AP

More families and children traveling alone are surrendering to authorities to seek asylum — instead of trying to elude capture, as most did just a few years ago.

The number of asylum seekers jumped nearly 70 per cent from budget year 2017 to 2018. Nearly 93,000 people cited a credible fear of being targeted because of their race, religion, nationality, political opinions or social group, the first step in winning asylum. That is up from nearly 56,000 migrants who asked for asylum the previous year because they feared returning home, the data show.

Only 10 per cent of cases are actually granted.

So that means there are a lot of people waiting on cases. Officials along the border are 'metering', a policy that limits the number of people who can apply for asylum in a single day. In Southern California, for example, at San Ysidro, the nation's busiest port, up to 100 asylum claims per day are being processed. A migrant caravan of more than 5,000 people is marooned on the other side of the border in Tijuana.

The immigration court backlog has more than doubled to 1.1 million cases since shortly before Trump took office, according to Syracuse University's Transactional Records Access Clearinghouse. Trump significantly increased the number of immigration judges, but A. Ashley Tabaddor, president of the National Association of Immigration Judges, said that came without enough support staff.

And there isn't enough detention space available. There are only about 3,300 family detention beds. Officials used to help find shelter for families, but are now dropping people off on the streets with no place to go, and nonprofits that host migrant families are also at capacity.

Plus, the number of unaccompanied children has soared under Trump, and they're being held longer in part because officials have tightened restrictions on how sponsors can get custody of children.

A woman takes pictures along a rusted top section of the border wall near the beach in Tijuana, Mexico.
AP

The border wall wouldn't address the problem of people overstaying their visas. About 40 per cent of people in the country illegally came with visas that later expired.

US authorities say there were nearly 740,000 overstays during a recent 12-month period.

A migrant from Honduras holds a US flag inside an empty warehouse used as a shelter set up for migrants in downtown Tijuana.
AP

What about the wall?

Border Patrol leaders have struggled to say with any degree of precision how well fences work, in part because it's unknown how many people get away.

A wall built in the Yuma sector in the mid-2000s saw a decrease in border apprehensions by 90 per cent, and arrests dropped after the wall in San Diego was completed in the 1990s.

Walls and fencing currently cover about one-third of the 1,954-mile-long border. Most were built under President George W. Bush. Trump wants to extend and fortify them. But contracting, designing and building new wall systems complete with updated technology could take years. The $5 billion requested would fund construction of about 234 miles.

In 2017, the Government Accountability Office said the US didn't have a good way to measure how well fencing worked to deter illegal crossers. The report found that the government spent $2.3 billion from 2007 to 2015 to extend fences to 654 miles and more to repair them.