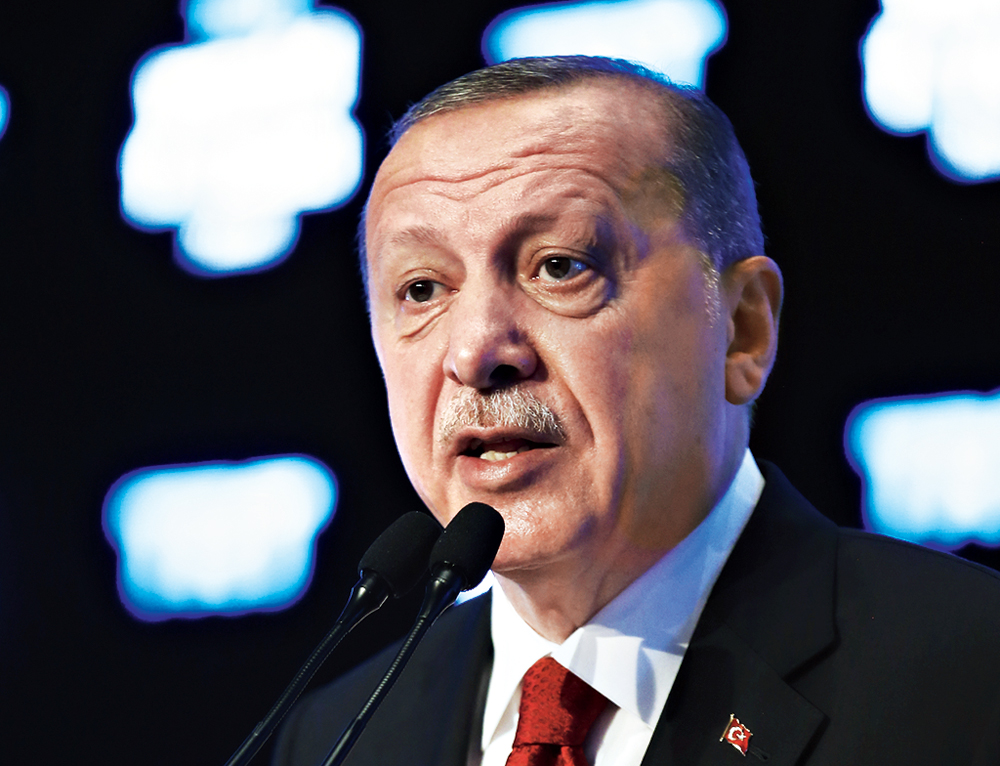 Turkey’s President, Recep Tayyip Erdogan, wants more than control over a wide swath of Syria along his country’s border. He says he wants the bomb.

In the weeks leading up to his order to launch the military across the border to clear Kurdish areas, Erdogan made no secret of his larger ambition. “Some countries have missiles with nuclear warheads,” he told a meeting of his governing party in September.

But the West insists “we can’t have them,” he said. “This, I cannot accept.”

With Turkey now in open confrontation with its Nato allies, having gambled and won a bet that it could conduct a military incursion into Syria and get away with it, Erdogan’s threat takes on new meaning. If the US could not prevent the Turkish leader from routing its Kurdish allies, how can it stop him from building a nuclear weapon or following Iran in gathering the technology to do so?

It was not the first time Erdogan has spoken about breaking free of the restrictions on countries that have signed the Nuclear Non-proliferation Treaty, and no one is quite sure of his true intentions. The Turkish autocrat is a master of keeping allies and adversaries off balance, as President Trump discovered in the past two weeks.

“The Turks have said for years that they will follow what Iran does,” said John J. Hamre, a former deputy secretary of defence who now runs the Center for Strategic and International Studies in Washington. “But this time is different. Erdogan has just facilitated America’s retreat from the region.”

“Maybe, like the Iranians, he needs to show that he is on the two-yard line, that he could get a weapon at any moment,” Hamre said.

If so, he is on his way — with a programme more advanced than that of Saudi Arabia, but well short of what Iran has assembled. But experts say it is doubtful that Erdogan could put a weapon together in secret.

And any public move to reach for one would provoke a new crisis: His country would become the first Nato member to break out of the treaty and independently arm itself with the ultimate weapon.

Already Turkey has the makings of a bomb programme: uranium deposits and research reactors — and mysterious ties to the nuclear world’s most famous black marketeer, Abdul Qadeer Khan of Pakistan.

It is also building its first big power reactor to generate electricity with Russia’s help. That could pose a concern because Erdogan has not said how he would handle its nuclear waste, which could provide the fuel for a weapon. Russia also built Iran’s Bushehr reactor.

Experts said it would take a number of years for Turkey to get to a weapon, unless Erdogan bought one. And the risk for Erdogan would be considerable.

“Erdogan is playing to an anti-American domestic audience with his nuclear rhetoric, but is highly unlikely to pursue nuclear weapons,” said Jessica C. Varnum, an expert on Turkey at Middlebury’s James Martin Center for Nonproliferation Studies in Monterey, California.

“There would be huge economic and reputational costs to Turkey, which would hurt the pocketbooks of Erdogan’s voters.” “For Erdogan,” Varnum said, “that strikes me as a bridge too far.”

There is another element to this ambiguous atomic mix: The presence of roughly 50 American nuclear weapons, stored on Turkish soil. The US had never openly acknowledged their existence, until Wednesday, when Trump did exactly that.

Asked about the safety of those weapons, kept in an American-controlled bunker at Incirlik Air Base, Trump said, “We’re confident, and we have a great air base there, a very powerful air base.”

But not everyone is so confident, because the air base belongs to the Turkish government. If relations with Turkey deteriorated, the American access to that base is not assured.