Advertisement
Home / World / Don’t judge me by my family’s past: Marcos Jr

Don’t judge me by my family’s past: Marcos Jr 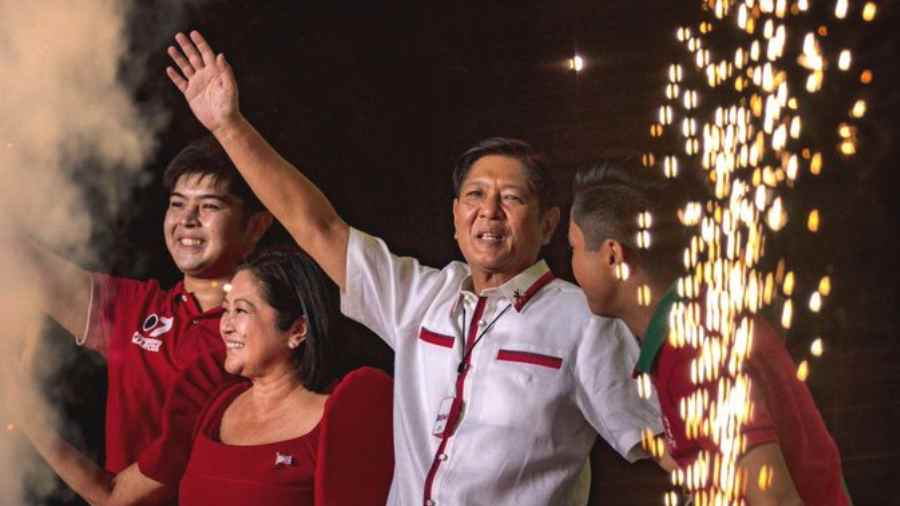 The son of the disgraced late Philippines dictator Ferdinand Marcos vowed on Tuesday to work for all people after his stunning election victory, and told the world to judge him by his presidency, not his family’s past.

Ferdinand Marcos Jr, better known as “Bongbong”, become the first candidate in recent history to win an outright majority in a Philippines presidential election, paving the way for a once unimaginable return to rule for the country’s most notorious political dynasty.

“Judge me not by my ancestors, but by my actions,” Marcos told the world, according to a statement by his spokesperson Vic Rodriguez.

Marcos fled into exile in Hawaii with his family during a 1986 “people power” uprising that ended his father’s autocratic 20-year rule, and has served in congress and the senate since his return to the Philippines in 1991.

Marcos’s runaway victory in Monday’s election now looks certain with 98 per cent of the eligible ballots counted in an unofficial tally showing he has 31 million votes, double that of nearest rival, Vice-President Robredo.

An official result is expected around the end of the month.

“This is a victory for all Filipinos, and for democracy,” spokesman Rodriguez said.

Around 400 people, mostly students, staged a protest against Marcos outside the election commission on Tuesday, citing election irregularities.

The poll body on Tuesday upheld its dismissals of complaints filed by different groups, including victims of martial law, that had sought to disbar Marcos from the presidential race based on a 1995 tax evasion conviction.