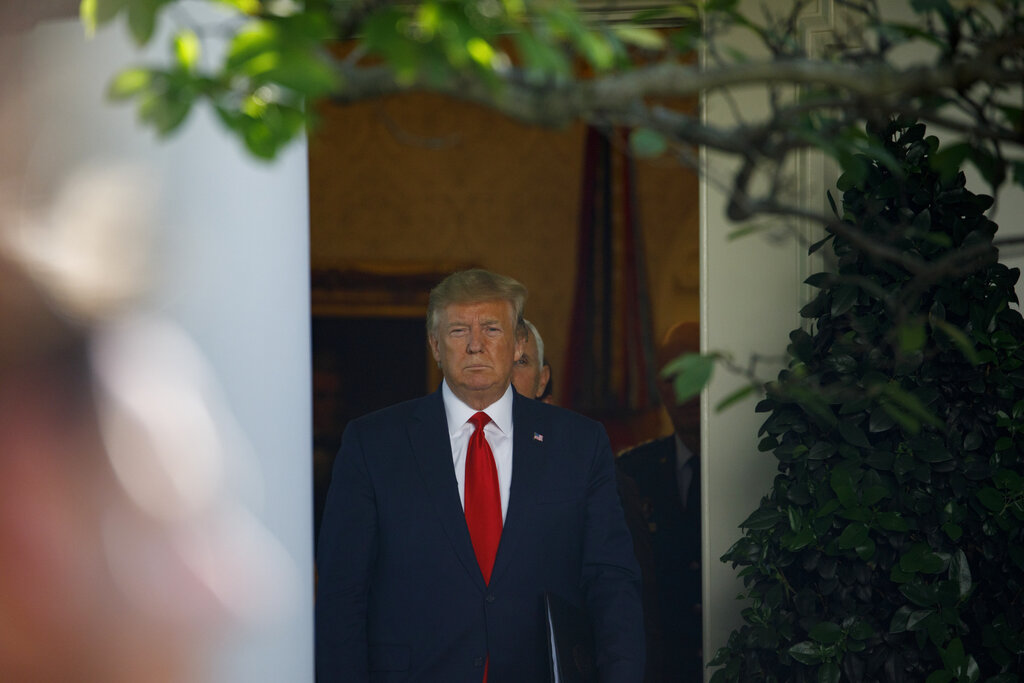 As such, the President at first viewed her warily, as a late convert to his cause who could not be trusted.
AP
Annie Karni And Maggie Haberman/ New York Times News Service   |   Beijing   |   Published 30.08.19, 09:43 PM

President Trump’s personal assistant, Madeleine Westerhout, whose office sits in front of the Oval Office and who has served as the President’s gatekeeper since Day 1 of his administration, resigned on Thursday, two people familiar with her exit said.

Westerhout’s abrupt and unexpected departure came after Trump learned on Thursday that she had indiscreetly shared details about his family and the Oval Office operations she was part of at a recent off-the-record dinner with reporters staying at hotels near Bedminster, New Jersey, during the President’s working vacation, according to one of the people, speaking on the condition of anonymity to discuss White House personnel issues.

The breach of trust meant immediate action: Westerhout, one of the people familiar with her departure said, was now considered a “separated employee” and would not be allowed to return to the White House on Friday.

The White House did not respond to a request for comment. Westerhout did not immediately respond to an email seeking comment.

Westerhout, a former Republican National Committee aide who also worked for Mitt Romney’s 2012 presidential campaign, reportedly cried on election night because she was upset over Trump’s victory. As such, the President at first viewed her warily, as a late convert to his cause who could not be trusted.

But some of Trump’s top officials — like John F. Kelly, who has since left as chief of staff — tried to turn Westerhout into an ally who could help them manage Oval Office traffic. They hoped that she could block individuals from reaching the President on the phone or in person, and that she would report back on the calls and meetings that made it through.

Westerhout’s power in the White House came almost entirely from proximity. She is not a name-brand White House aide and has never appeared on TV. But while she was not a decision maker, she enjoyed unique access to Trump.

She also often shared snapshots on her private Instagram account of her life in the West Wing, including travel to Trump properties.