About 166 hurt undergoing treatment in hospitals 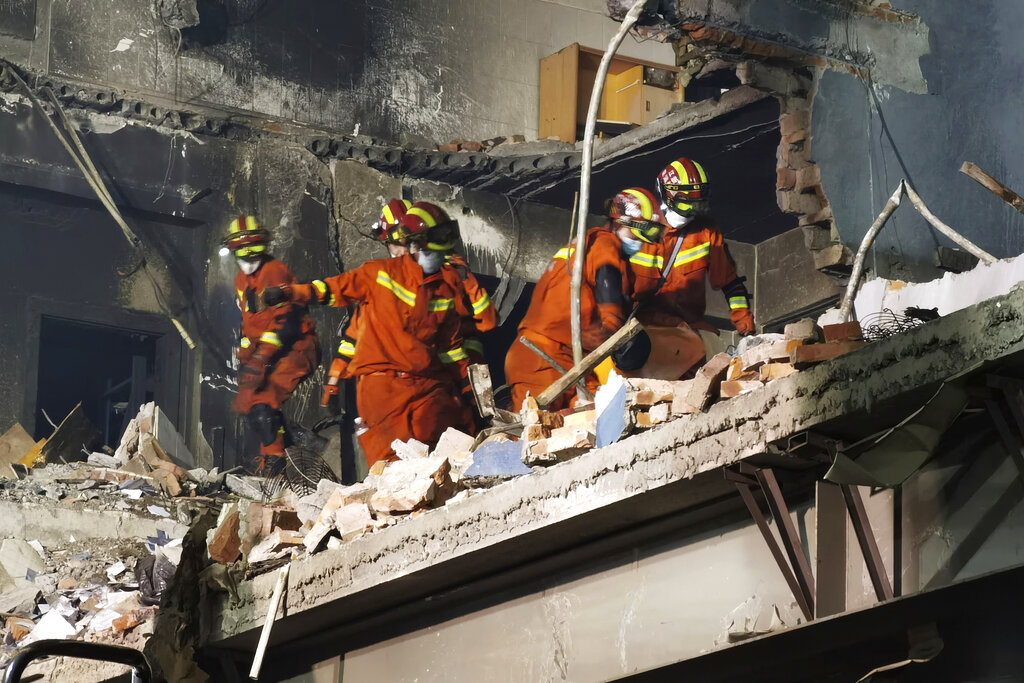 Firefighters look for victims in damaged buildings in the aftermath of a tanker truck explosion near a highway in Wenling in eastern China's Zhejiang province early Sunday, June 14, 2020.
AP
PTI   |   Beijing   |   Published 14.06.20, 04:27 AM

The death toll in the oil tanker explosion in east China's Zhejiang Province has risen to 18, the local authorities said on Sunday.

About 166 injured people are undergoing treatment in hospitals, the publicity department of the city of Wenling said.

The explosion took place on Saturday near a village along the Shenyang-Haikou Expressway, the department said.

A second blast happened when the blown-up truck fell onto a workshop near the expressway. The explosions resulted in the collapse of some residential houses and factory workshops.

Hundreds of firefighters were sent to the scene for the rescue work.

Video footage of the accident posted online by the state-run CGTN TV had shown debris of the exploded vehicle flying all around, causing extensive damage to the neighbouring residential units.

Several cars and vehicles around the area also caught fire following the explosion.

Deadly road accidents are common in China, where traffic regulations are often flouted or not enforced.

Violations of traffic laws were blamed for nearly 90 per cent of accidents that caused deaths or injuries in 2015.