Advertisement
Home / World / Cross should not be used as political symbol: Pope Francis

Cross should not be used as political symbol: Pope Francis

He warned against Christians trying to be triumphalist, in an apparent criticism of the use of religion for partisan ends 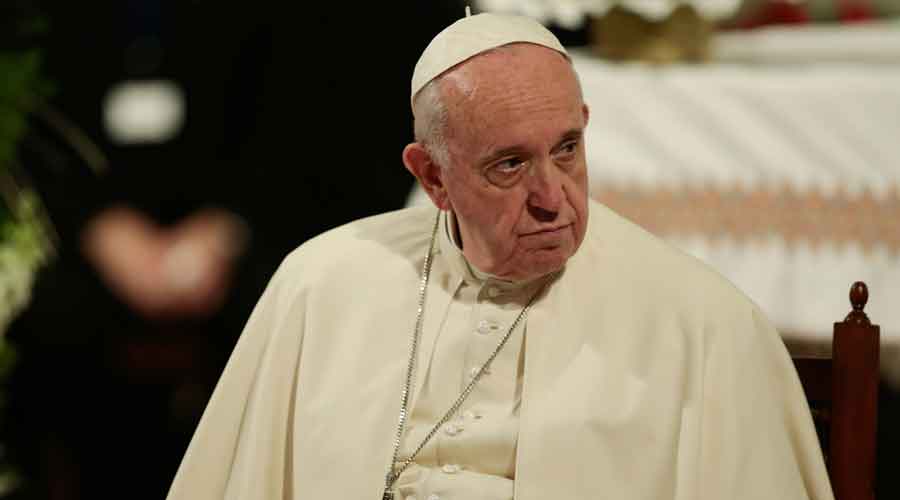 Pope Francis said on Tuesday that the cross should not be used as a political symbol and warned against Christians trying to be triumphalist, in an apparent criticism of the use of religion for partisan ends.

Francis flew to the city of Presov, in eastern Slovakia, where he presided at a long service known as a Divine Liturgy, a Byzantine rite used by Eastern Catholic and Orthodox Churches.

The pope wove his homily around the theme of Christian identity, saying crosses and crucifixes were often used superficially by Christians.

Speaking to about 30,000 worshippers, he said many Christians had crucifixes or crosses around their necks, on walls in their homes, in their cars and in their pockets but had no real relationship with Jesus.

“What good is this, unless we stop to look at the crucified Jesus and open our hearts to him,” he said.“Let us not reduce the cross to an object of devotion, much less to a political symbol, to a sign of religious and social status.”

In 1950 in Presov, the communist authorities forced the Eastern Rite Catholics, who owe their allegiance to the Pope, to join the Orthodox Church. A number of Eastern Rite clerics who refused were jailed.

In Hungary, where the pope stopped briefly on Sunday, Prime Minister Viktor Orban has appealed to religious sentiment in his anti-immigrant and nationalist politics, saying that Hungary’s Christian heritage risked disappearing.

After his meeting with the pope on Sunday, Orban said he asked the pontiff “not to let Christian Hungary perish”. The pope said in Hungary that the country could preserve its Christian roots while opening up to the needy.

At the liturgy on Tuesday, Francis also again appeared to warn Christians against the use of their religion in so-called culture wars that he believes hurt the common good.

“How often do we long for a Christianity of winners, a triumphalist Christianity that is important and influential, that receives glory and honour?” he said.

In Slovakia, the far-Right Kotlebovci-People’s Party Our Slovakia says it stands on three pillars — Christian, national and social — and has vowed to prevent immigration of mostly Muslim refugees.

“The cross is not a flag to wave, but the pure source of a new way of living,” Francis said, adding that a true believer “views no one as an enemy, but everyone as a brother or sister”.

A number of political parties in Europe, including several far-Right parties in the east, use crosses on their party flags or symbols.

In Hungary, one of Orban's government allies, the tiny Christian Democratic Peoples' Party (KDNP), uses a cross on their symbol.