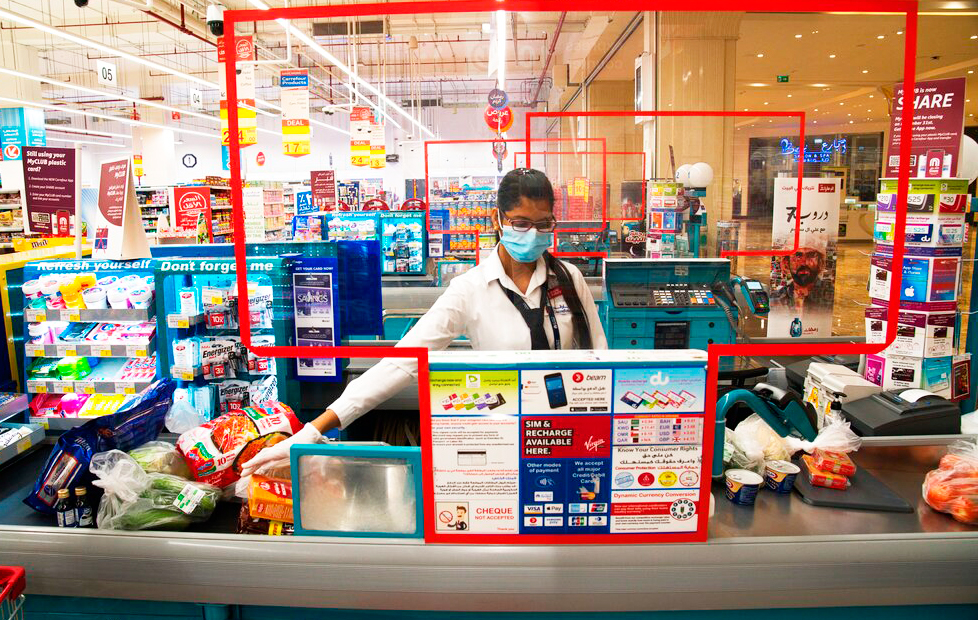 As she was treated for Covid-19 in a hospital isolation ward in Kuwait City, Amnah Ibraheem wanted to credit those caring for her.

The nurses were all South Asian, the radiologist was African, another of her doctors was Egyptian. The only fellow Kuwaiti she saw, briefly, was a lone volunteer.

Ibraheem pointed this out on Twitter, in a rejoinder to some voices in Kuwait and other parts of the Gulf who have stoked fear and resentment of foreigners, blaming them for the spread of the coronavirus.

“We can’t decide right now to be racist and to say that expats are free-riders, because they’re not,” the 32-year-old political scientist and mother of two said. “They’re the ones working on our health right now, completely holding our health system together.”

The global pandemic has drawn attention to just how vital foreigners are to the Arab Gulf countries where they work, particularly as countries like Saudi Arabia, Kuwait and Oman expel foreigners from certain sectors to create jobs for their own citizens.

The crisis has also shed a brief light on the systemic inequality in their home countries that drives so many to the region in the first place.

Across the Gulf countries, the workers on the front lines are uniquely almost entirely foreigners, whether it’s in a hospital in Saudi Arabia, an isolation ward in Kuwait or a grocery store in the UAE.

They carry out the essential work, risking exposure to the novel coronavirus, often with the added strain of being far from family.

In the UAE, Qatar, Kuwait and Bahrain, foreigners also make up the vast majority of the population. Most hail from India, Pakistan, Nepal, the Philippines and Egypt.

They reside on temporary work visas with no path to citizenship, no matter how long they’ve lived or worked in the Gulf. Many work low-paying construction jobs and live in labour camps where up to 10 people share a room.

These living conditions have made them vulnerable to the fast-spreading disease known as Covid-19. That has made them a target for some.

Popular Kuwaiti actress Hayat al-Fahad told a Kuwaiti broadcaster the root of the country’s coronavirus problem lies in South Asian and Egyptian migrant workers. She lamented that if their own countries won’t take them back, why should Kuwait fill its hospitals to treat them at the expense of its own citizens.

“Aren’t people supposed to leave during crises?” she said, before adding: “I swear by God, put them in the desert. I am not against humane treatment, but we have gotten to a point where we’re fed up already.”

Ibraheem said her tweet was in response to such rhetoric. Kuwait, she said, has always been a moderate, welcoming country built with help from expatriates.