Dorsey to give $1bn

Dorsey said he would put 28% of his wealth, in the form of shares in his mobile payments company Square 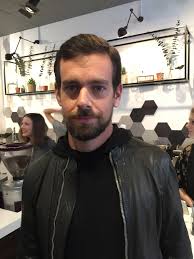 Dorsey, 43, joins a growing list of celebrities, world leaders and technologists who are earmarking some portion of their wealth to fighting the spread of the coronavirus and its effects.
(Wikipedia)
New York Times News Service   |   San Francisco   |   Published 08.04.20, 08:19 PM

Jack Dorsey, the chief executive of Twitter and Square, said on Tuesday that he planned to donate $1 billion, or just under a third of his total wealth, to relief programmes related to the coronavirus, in one of the more significant efforts by a tech billionaire to fight the pandemic.

Dorsey said he would put 28 per cent of his wealth, in the form of shares in his mobile payments company Square, into a limited liability company that he had created, called Start Small. It would make grants to beneficiaries, he said, with the expenditures to be recorded in a publicly accessible Google document.

“Why now? The needs are increasingly urgent, and I want to see the impact in my lifetime,” Dorsey said in tweets announcing his plans. “I hope this inspires others to do something similar.”

Dorsey, 43, joins a growing list of celebrities, world leaders and technologists who are earmarking some portion of their wealth to fighting the spread of the coronavirus and its effects.

Oprah Winfrey has donated more than $10 million of her personal wealth to Covid-19 relief efforts, while other Hollywood personalities — including Justin Timberlake, Dolly Parton and Rihanna — have also made contributions.

Last week, the Amazon chief executive, Jeff Bezos, said he would donate $100 million to American food banks through a non-profit, Feeding America. And Mark Zuckerberg, chief executive of Facebook, has also organised relief campaigns through Facebook and his own philanthropic organisation, the Chan Zuckerberg Initiative.

Even so, Dorsey’s contribution stands out for the sum he is putting in and for how much of his net worth that represents.

In creating a limited liability company, Dorsey is following a model that Zuckerberg has used. In 2015, when Zuckerberg and his wife, Priscilla Chan, set up the Chan Zuckerberg Initiative, it was organised in a way that would hold much of their wealth to fund charitable causes.

At the time, critics said the vehicle was a self-serving maneuver that allowed Zuckerberg to engage in private lobbying. Zuckerberg pushed back, saying a limited liability company gave him and his wife more control.