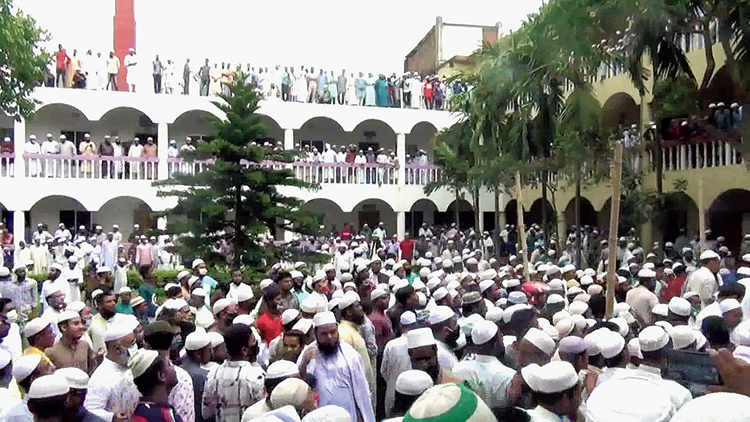 Bangladesh has tightened a clampdown on seven villages after tens of thousands attended the funeral of a popular local cleric in spite of a nationwide lockdown to control the spread of the coronavirus, officials said on Monday.

The massive gathering in Brahmanbaria district, about 60 km east of Dhaka, has raised concerns about the potential for a spike in infections in a country of 160 million people with poor medical infrastructure.

“We’ve strictly ordered all residents of the seven villages to stay at home at all times at least for the next 14 days so we can identify if anyone contracted the virus following Saturday’s gathering,” a local police officer said.

Police had not expected such a large number of people to gather for the funeral, defying a weeks-long lockdown that forbids going out except for groceries and medicine. Local media said few of the mourners wore masks.

The government has ordered the two most senior policemen in the district to be removed from duty for failing to prevent crowds gathering for the funeral prayers of Maulana Jubayer Ahmed Ansari who died of cancer, the police said.

Bangladesh has 2,456 confirmed coronavirus cases and 91 deaths. The government-imposed lockdown is in place until at least April 25 but many are starting to flout the rules including garment workers who took to the streets over the weekend demanding back pay.

Powerful religious leaders are also continuing to allow small congregations at mosques despite the risk of contagion and warnings from Prime Minister Sheikh Hasina.