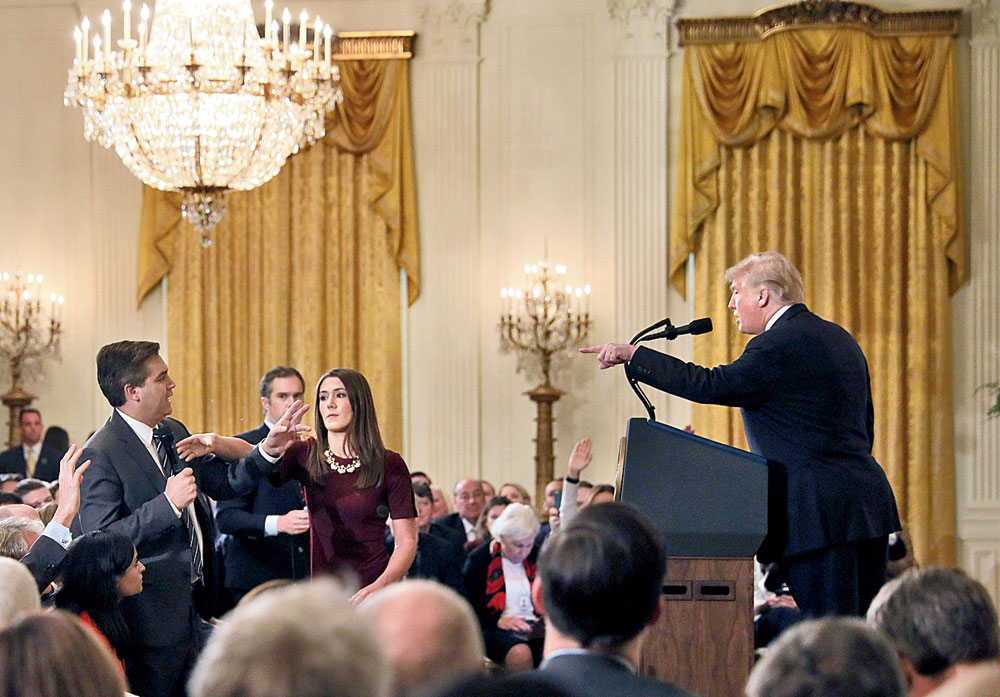 CNN sued the Trump administration on Tuesday in an effort to reinstate the press credentials of its chief White House correspondent, Jim Acosta, escalating a dispute that has highlighted the increasingly tense dynamic between President Trump and the news media.

In a lawsuit filed in Federal District Court, the network argued that the removal of Acosta’s White House press pass constituted a violation of his First Amendment rights to freely report on the government. CNN also alleged that the administration had violated Acosta’s due process rights by revoking his credentials without warning.

Acosta, who has clashed with Trump on several occasions, angered Trump at a formal news conference on Wednesday with questions about immigration and the special counsel’s investigation. The CNN correspondent would not relinquish the microphone after Trump attempted to move onto another reporter.

Hours later, the press secretary, Sarah Huckabee Sanders, announced that the administration had removed Acosta’s credentials, which allowed him access to the White House grounds. The administration claimed falsely that Acosta had placed his hands on a White House intern who had tried to take his microphone away during the news conference.

On Tuesday, the network and Mr. Acosta, a White House correspondent, sued over the revocation of his credentials.

“While the suit is specific to CNN and Acosta, this could have happened to anyone,” CNN said in a statement on Tuesday. “If left unchallenged, the actions of the White House would create a dangerous chilling effect for any journalist who covers our elected officials.”

Sanders is named as a defendant in the suit, along with Trump; his chief of staff, John Kelly; the head of White House communications strategy, Bill Shine; and the Secret Service.