No cause was specified 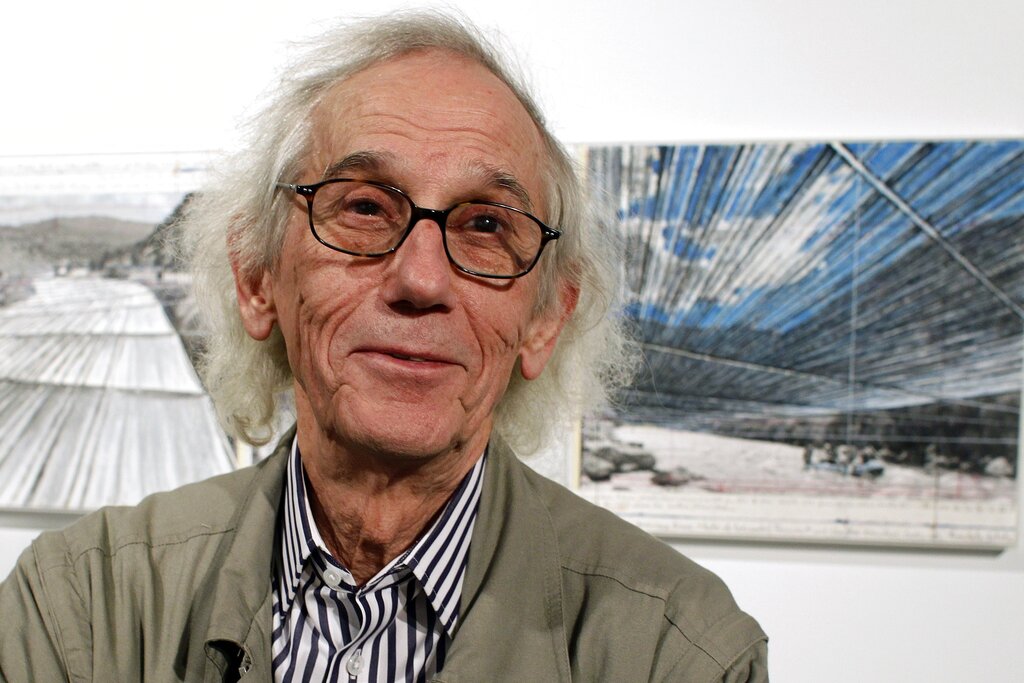 Christo, the Bulgarian-born conceptual artist who turned to epic-scale environmental works in the late 1960s, stringing a giant curtain across a mountain pass in Colorado, wrapping the Pont Neuf in Paris and the Reichstag in Berlin and zigzagging thousands of saffron-curtained gates throughout Central Park, died on Sunday at his home in New York City. He was 84.

His death was announced on his official Facebook page. No cause was specified.

Christo — he used only his first name — was an artistic Pied Piper.

His grand projects, often decades in the making and all of them temporary, required the cooperation of dozens, sometimes hundreds, of landowners, government officials, judges, environmental groups, local residents, engineers and workers, many of whom had little interest in art and a deep reluctance to see their lives and their surroundings disrupted by an eccentric visionary speaking in only semi-comprehensible English.

Again and again, Christo prevailed, through persistence, charm and a child-like belief that eventually everyone would see things the way he did.

At his side, throughout, was his wife, Jeanne-Claude, who, like her husband, used only her first name. In the mid-1990s she began sharing equal billing with him on all their projects, formalising what the couple insisted had been their practice all along. She died in 2009.

The Gates, Christo’s Central Park project, typified his approach. Like nearly all his projects, it began with a drawing, executed in 1979. Then came the seemingly eternal round of lobbying public officials, filing forms, waiting for environmental impact studies, speaking at hearings, rallying support. All of this, Christo insisted, was part of the art work.

“For me esthetics is everything involved in the process — the workers, the politics, the negotiations, the construction difficulty, the dealings with hundreds of people,” he told The New York Times in 1972. “The whole process becomes an esthetic — that’s what I’m interested in, discovering the process. I put myself in dialogue with other people.”

When New York’s parks commissioner at the time, Gordon J. Davis, rejected The Gates in 1981, setting forth his reasons in a book-length document, Christo simply incorporated the rebuff into the project. “I find it very inspiring in a way that is like abstract poetry,” he told the College Art Association. “He adds a dimension to the work, no matter what he thinks.”

Given the go-ahead by the administration of mayor Michael R. Bloomberg, The Gates was finally installed in February 2005. For two weeks, thousands of strollers wandering 23 miles of the park’s pathways passed underneath 7,503 steel frames supporting free-hanging panels of saffron-coloured fabric. It was a stunning success.

“In the winter light, the bright fabric seemed to warm the fields, flickering like a flame against the barren trees,” Michael Kimmelman wrote in The Times.

“Even at first blush, it was clear that The Gates is a work of pure joy, a vast populist spectacle of good will and simple eloquence, the first great public art event of the 21st century.”

Christo Vladimirov Javacheff was born on June 13, 1935, into a prominent family in Gabrovo, Bulgaria.