China seizes US consulate in Chengdu

The Chengdu consulate opened in 1985 and had almost 200 employees, including about 150 locally hired staff, according to its website 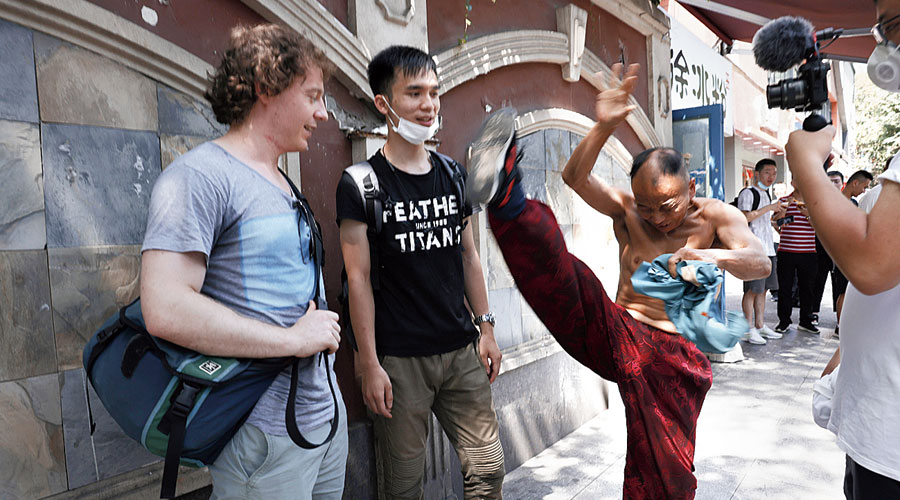 China took over the premises of the US consulate in the southwestern city of Chengdu on Monday, after ordering the facility to be vacated in retaliation for China’s ouster last week from its consulate in Houston, Texas.

The seizure capped a dramatic escalation in tensions between the world’s two biggest economies that began when employees at China’s Houston consulate were seen burning documents in a courtyard last Tuesday, hours before Beijing announced that it had been ordered to leave the facility.

The US consulate in Chengdu, in Sichuan province, was closed as of 10am (0200 GMT) on Monday, and Chinese authorities had entered the building from the front door, China’s ministry of foreign affairs said in a statement.

On Friday, Beijing announced that it had asked the US to close its Chengdu post, and gave the Americans 72 hours to vacate, the same amount of time China was given to leave its Houston mission, which was shut on Friday.

“We are disappointed by the Chinese Communist Party’s decision and will strive to continue our outreach to the people in this important region through our other posts in China,” a US state department spokesperson said in an email to Reuters.

At midday on Monday, police removed a roadblock that had restricted access to the Chengdu facility, and dozens of passersby stopped to take photos and videos.

One man stood across the street and played the Chinese national anthem from his phone.

“We feel very sad about the breaking down of the relationship between China and US,” said a bystander outside the facility who said his surname was Li. He said he was worried about the impact of deteriorating relations on Chinese citizens who want to travel or study in the US.

Grey sheet-like material was placed over the spot near the entrance where a plaque had been affixed, and over the place where there was large lettering saying: “US Consulate General”.

The US embassy issued a video in Chinese on its Twitter feed: “The US consulate in Chengdu has been proudly promoting the mutual understanding between Americans and the people in Sichuan, Chongqing, Guizhou, Yunnan and Tibet since 1985. We will forever miss you,” it said.

The American flag was no longer flying at the consulate having been lowered at 6.18am (local time) on Monday, according to video shot by a journalist and shared by state broadcaster CCTV on its Twitter-like Weibo account.

The eagle on top of the flagpole remained.

On Sunday night, a crane was seen entering the consulate compound and hoisting at least one container onto a large truck.

The Chengdu consulate opened in 1985 and had almost 200 employees, including about 150 locally hired staff, according to its website. It was not immediately clear how many had been working there at the time of its closure, after US diplomats were evacuated from China because of the coronavirus pandemic.

US-China relations have plunged to their worst in decades over a range of disputes, from trade and technology to the Covid-19 pandemic, China’s territorial claims in the South China Sea and its clampdown on Hong Kong.

On Thursday, US secretary of state Mike Pompeo gave a speech calling a more assertive approach to China the “mission of our time”.

Shortly before 11am (local time), several cars, a white ambulance, and dozens of Chinese workers were seen leaving the Chengdu consulate as dozens of people lingered nearby, the Hong Kong-based South China Morning Post reported.

Several side streets, as well as a main road leading to the consulate were blocked, with dozens of policemen guarding the intersections.

Since Saturday, people and vehicles were frequently seen going in and out of the consulate and locals have quietly gathered behind the police cordon in front of the main gate of the consulate.