Toll rises to 81 with 2835 infected; ‘Not good enough’ Wuhan mayor offers to quit 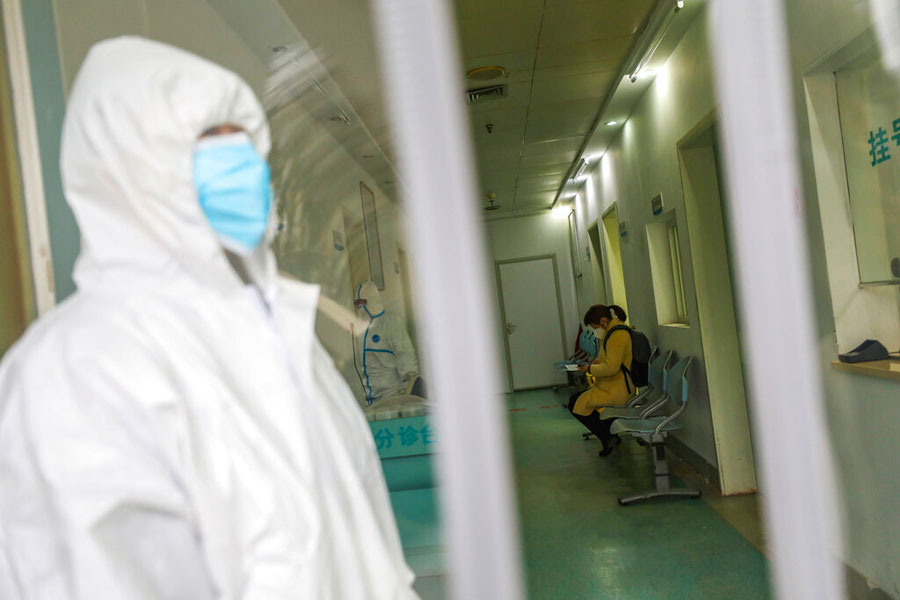 Medical workers in protective gear stand as a woman suspected of being ill with coronavirus waits to be seen at a community health station in Wuhan
(AP)
Reuters   |   Shanghai   |   Published 27.01.20, 08:28 PM

Chinese Premier Li Keqiang will “inspect and direct” efforts to control a virus outbreak in the central city of Wuhan and promised reinforcements, as provincial authorities faced accusations from the public of a failure to respond in time.

The death toll from the outbreak shot up to 81 on Monday, as the government extended the Lunar New Year holiday.

US President Donald Trump offered China whatever help it needed on Monday to control the outbreak. We are in very close communication with China concerning the virus,” tweeted Trump, who waged a bruising 18-month trade war with Beijing until a recent truce.

“We have offered China and President Xi (Jinping) any help that is necessary. Our experts are extraordinary!”

Li, clad in a blue protective suit and mask, thanked medical workers in Wuhan, the capital of Hubei province and the epicentre of the outbreak.

“Li ... thanked frontline medical workers for their all-out efforts in treating patients and urged them to pay attention to their own protection,” Xinhua news agency said.

He said 2,500 more medical workers would arrive in the next two days. Li is the most senior leader to visit Wuhan since the outbreak began.

He inspected efforts to contain the epidemic and was shown on state television leading medical workers in chants of “Wuhan jiayou!” — an exhortation to keep their strength up.

He also visited the construction site of a new hospital supposed to be built in days.

On China’s heavily censored social media, where dissent is typically suppressed, local officials have borne the brunt of mounting public anger about the handling of the virus. Some lashed out at the Hubei governor, who had to correct himself twice during a news conference over the number of face masks being produced in the province.

“If he can mess up the data multiple times, no wonder the disease has spread so severely,” one Weibo user said.

The city of 11 million people is in virtual lockdown and much of Hubei, home to nearly 60 million people, is under some kind of travel restriction.

People from Hubei have come under scrutiny within mainland China as well, with many facing suspicion from officials about their recent travels. “Hubei people are getting discriminated against,” a Wuhan resident complained on the Weibo social media platform.

A county in northern China is offering 1,000 yuan ($145) to tipsters who report the presence of anyone from Wuhan who has not registered with authorities, local government TV said.

A small number of cases linked to people who travelled from Wuhan have been confirmed in more than 10 countries, including Thailand, France, Japan and the US, but no deaths have been reported outside China. Cambodia confirmed its first case on Monday. Investors are worried about the impact on travel, tourism and broader economic activity.