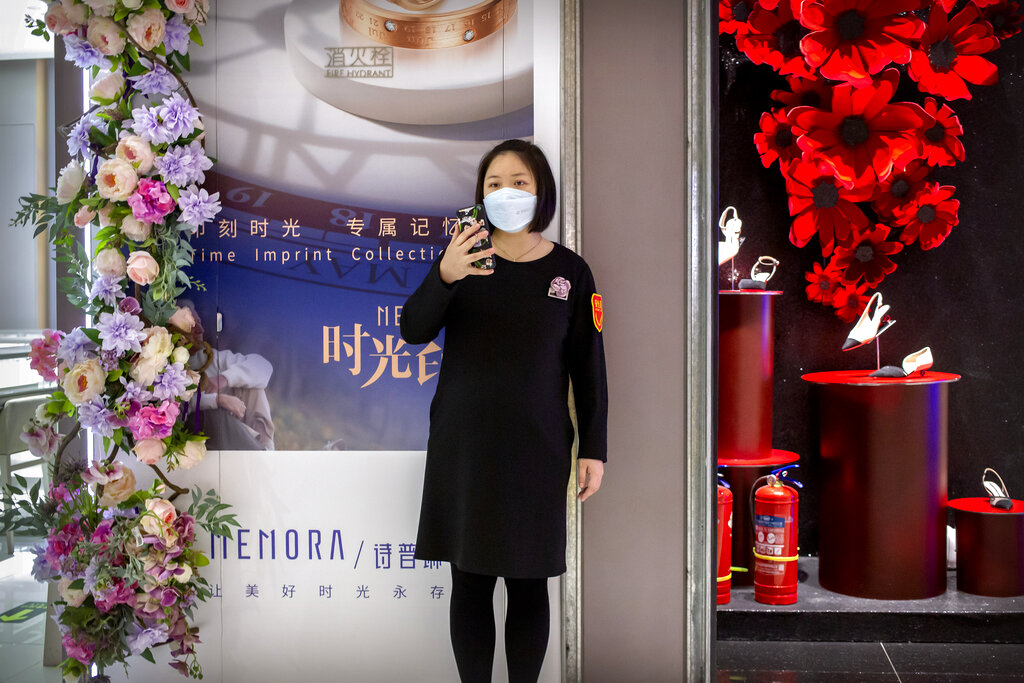 China's fight against the coronavirus epidemic has triggered anger over the neglect of frontline female workers who have struggled to access menstrual products, battled with ill-fitting equipment and had their heads shaved.

Reports that some medical staff were given birth control pills in order to delay their periods have also prompted outrage.

As the world marks International Women's Day, women in China have rallied against measures they deem discriminatory as the government races to contain the crisis, which has disrupted the lives of tens of millions of people under lockdown in central Hubei province, the virus epicentre.

Shanghai resident Jiang Jinjing became concerned about how female medical workers were dealing with their periods, after workers spoke out about avoiding using the toilet to conserve their protective suits.

The 24-year-old asked about the issue on China's Twitter-like Weibo platform, and received thousands of comments, including urgent anonymous appeals from women in Hubei.

”Many female medical workers sent messages, saying their periods were really causing a lot of trouble,” said Jiang, who launched a donation drive of sanitary products.

”Can't even eat or drink all day while wearing the isolation suit, let alone change sanitary napkins,” one told her.

Her efforts galvanized individuals and companies to send more than 600,000 sanitary pads and period-proof underwear, which can be worn for longer, to frontline workers.

Some hospital officials have turned the donations away, Jiang said, because they didn't have “sufficient awareness of this issue”.

”The leaders are all male comrades,” one nurse in Hubei's Shiyan city told AFP, who asked to remain anonymous.

While the provincial leaders are overwhelmingly male, women account for the majority of nurses and doctors on the frontline, according to the official All-China Women's Federation.

Jiang also had to face trolling from online critics.

”Even human lives can't be protected, why care about that issue in the crotch of your pants?” one wrote in response to her campaign.

But Jiang and her volunteers remain unfazed.

”We're very happy that we can do a little work for women's rights,” she told AFP.

The portrayal of women fighting the virus has prompted a rare wave of criticism in a country where online discussion is usually tightly restricted.

A Shanghai university hospital, which praised the “woman warriors” that made up 79 percent of its reinforcement team to Hubei, said it was donating 200 bottles of pills to “postpone female team members' 'unspeakable' special periods.”

The hospital later defended itself, saying the women took the medication voluntarily, but the hospital was slammed by Weibo users who accused officials of depriving women of control over their bodies.

”In order to avoid providing sanitary pads, you have created this kind of volunteering!” said one.

”Of course they would rather take progesterone than stain their protective suits with blood.” Propaganda videos of female medical workers having their heads shaved -- supposedly to improve hygiene -- have also backfired, with many doubting that the women, some of whom were weeping, had participated willingly.

”Stop using women's bodies as tools for propaganda,” read one widely-shared essay responding to the videos on a WeChat-based blog.

The essay was later removed from the platform for “illegal” content.

Weibo users pointed out that they were likely to be female workers given the ill-fitting suits.

”Fat lot of good being cute does when it comes to safety!!” wrote one user, whose comments were reposted more than 27,000 times.

The strength of online debate shows that public awareness of gender equality has grown, said activist Feng Yuan, who co-founded a Beijing-based non-profit focusing on women.

But stereotypes and propaganda “erase” women by portraying them as “recipients of help, or as long-suffering caregivers, or eulogized victims or self-sacrificers,” she said.

”Instead of living people, this kind of propaganda conversely strengthens gender stereotypes.” (