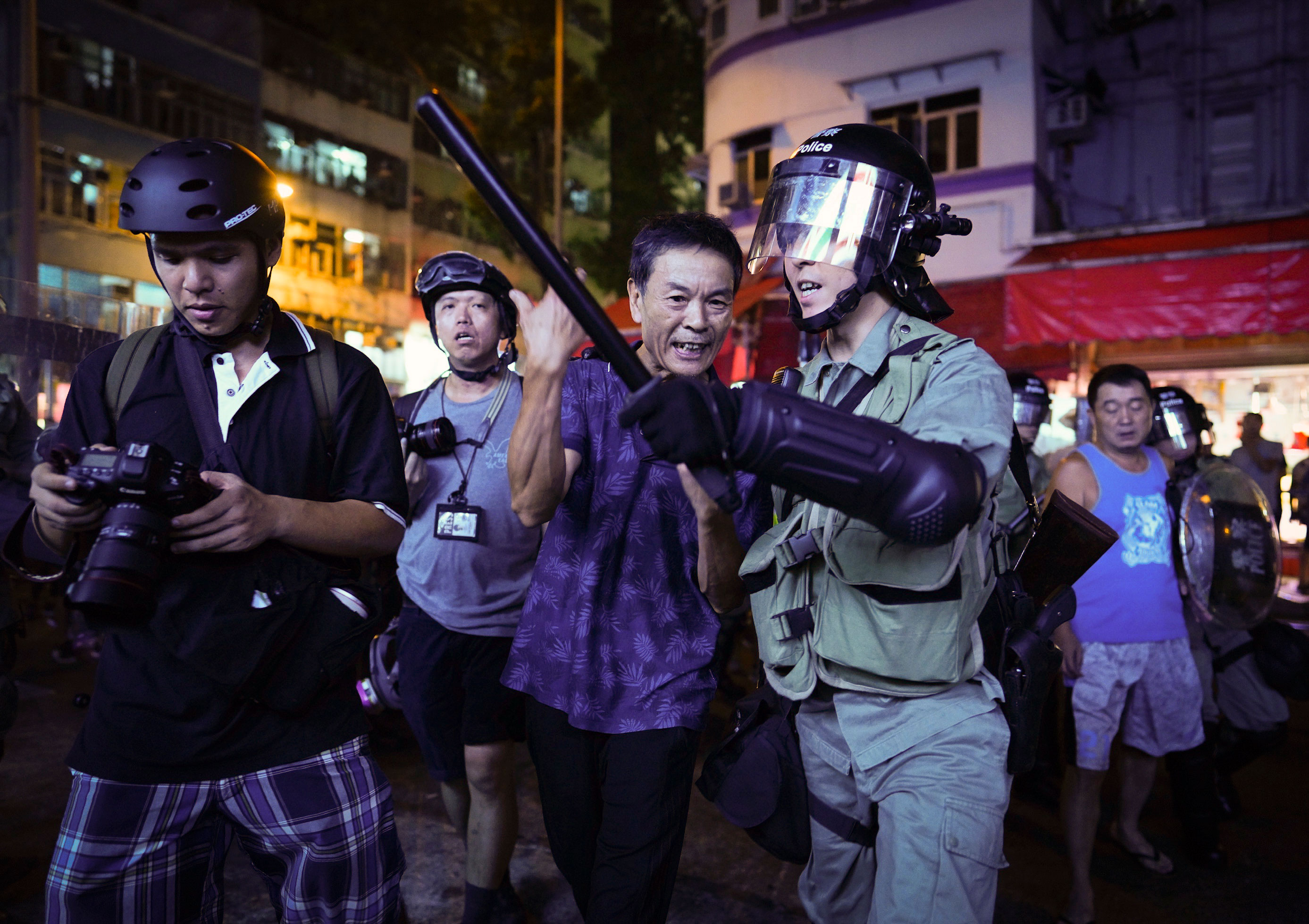 Police fired water cannon and volleys of tear gas to disperse protesters throwing petrol bombs at government buildings on Sunday, as months of sometimes violent demonstrations showed no sign of letting up.

Some protesters threw bricks at the police outside the Chinese People’s Liberation Army base in the city’s Admiralty district, and tore down and set fire to a red banner proclaiming the 70th anniversary on October 1 of the founding of the People’s Republic of China, in a direct challenge to Beijing.

One water cannon caught fire after being hit by a petrol bomb. The water cannon fired blue jets of water, used elsewhere in the world to help identify protesters later.

Thousands of protesters, many clad in black masks, caps and shades to obscure their identity, raced through the streets of the financial hub in cat-and-mouse tactics with the police, setting street fires and blocking roads in the heart of the city.

Authorities moved quickly to douse the fires and police fired volleys of tear gas to disperse protesters, including in the bustling shopping and tourist district of Causeway Bay.

Violence erupted in the district of Fortress Hill on the east of the island as men in white T-shirts, some wielding rods, clashed with anti-government activists.

Shops in key protest areas once again shuttered early as more than three months of demonstrations continued to take a toll on business.

The Airport Authority said on Sunday passenger numbers fell 12.4 per cent year-on-year in August to six million. Protesters last month jammed the airport arrivals hall, leading to cancelled or delayed flights as they sought to draw world attention to their fight for democracy.

Earlier on Sunday, protesters gathered peacefully outside the British consulate, calling on Britain to rein in China and ensure it respects the city’s freedoms. The Sino-British Joint Declaration, signed in 1984, lays out Hong Kong’s future after its return to China in 1997, a “one country, two systems” formula that ensures freedoms not enjoyed on the mainland.