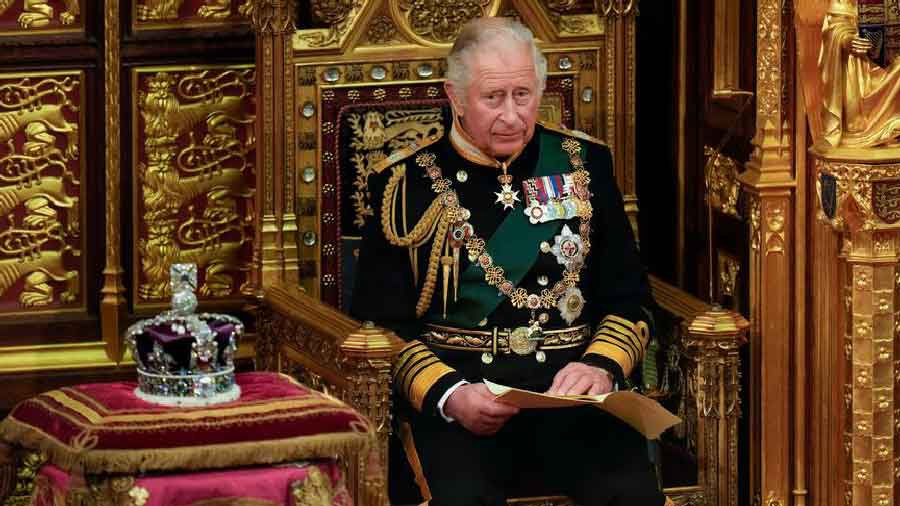 Britain's King Charles III marked his 74th birthday on Monday by taking on an additional environmental role as the Park Ranger of Windsor Great Park on the royal Windsor Castle estate in south-east England.

Buckingham Palace announced that the monarch will take over the role from his late father, Prince Philip the Duke of Edinburgh, alongside the release of a new portrait of Charles leaning against an ancient oak tree in the park. The King is spending his birthday privately, with no official engagements scheduled for the day.

"The King has officially become Park Ranger of Windsor Great Park, 70 years after his father, The Duke of Edinburgh, was appointed to the post," Buckingham Palace said.

"The Ranger offers guidance to the Deputy Ranger and his team in the day-to-day stewardship of one of the country's oldest estates. The role of Ranger can be traced back to 1559, when Sir Henry Neville was appointed during Queen Elizabeth I's reign. Over the last 460 years, the post has usually been held by the Sovereign or family members, including the King's father and grandfather," it said.

The Duke of Edinburgh was the longest serving Ranger of Windsor Great Park, holding the role from 1952 until his passing in April 2021. He is said to have taken an active role in overseeing developments, such as the reintroduction of Red Deer and the development of the Savill Garden Visitor Centre.

Military celebrations are marking Charles' first birthday since ascending to throne in September. It is yet to be confirmed whether he would celebrate his official birthday with pomp and pageantry in the summer months next year in keeping with royal tradition.

Queen Elizabeth II's birthday fell on April 21 and was officially celebrated in early June every year with a traditional Trooping the Colour a ceremony in place for around 260 years.

Meanwhile, the Band of the Household Cavalry played Happy Birthday outside Buckingham Palace during the changing of the guard ceremony on Monday. Gun salutes were also fired across London, with the King's Troop Royal Horse Artillery firing 41 rounds from Green Park and the Honourable Artillery Company fired a 62-gun salute from the Tower of London soon after.

The Prince and Princess of Wales, William and Kate, were among those who tweeted a birthday message: "Wishing a very happy birthday to His Majesty The King."

On Sunday, the monarch led the first Remembrance Sunday service of his reign, laying a wreath at the Cenotaph in central London in memory of World War martyrs.

His wreath was a new design, but paid tribute to the Queen by featuring a ribbon bearing the royal racing colours. On a card was written: "In memory of the glorious dead. Charles R."

King Charles to be crowned on May 6