Most immediately, May is likely to face calls to step down, and potential successors are already trying to raise money and advertise their credentials 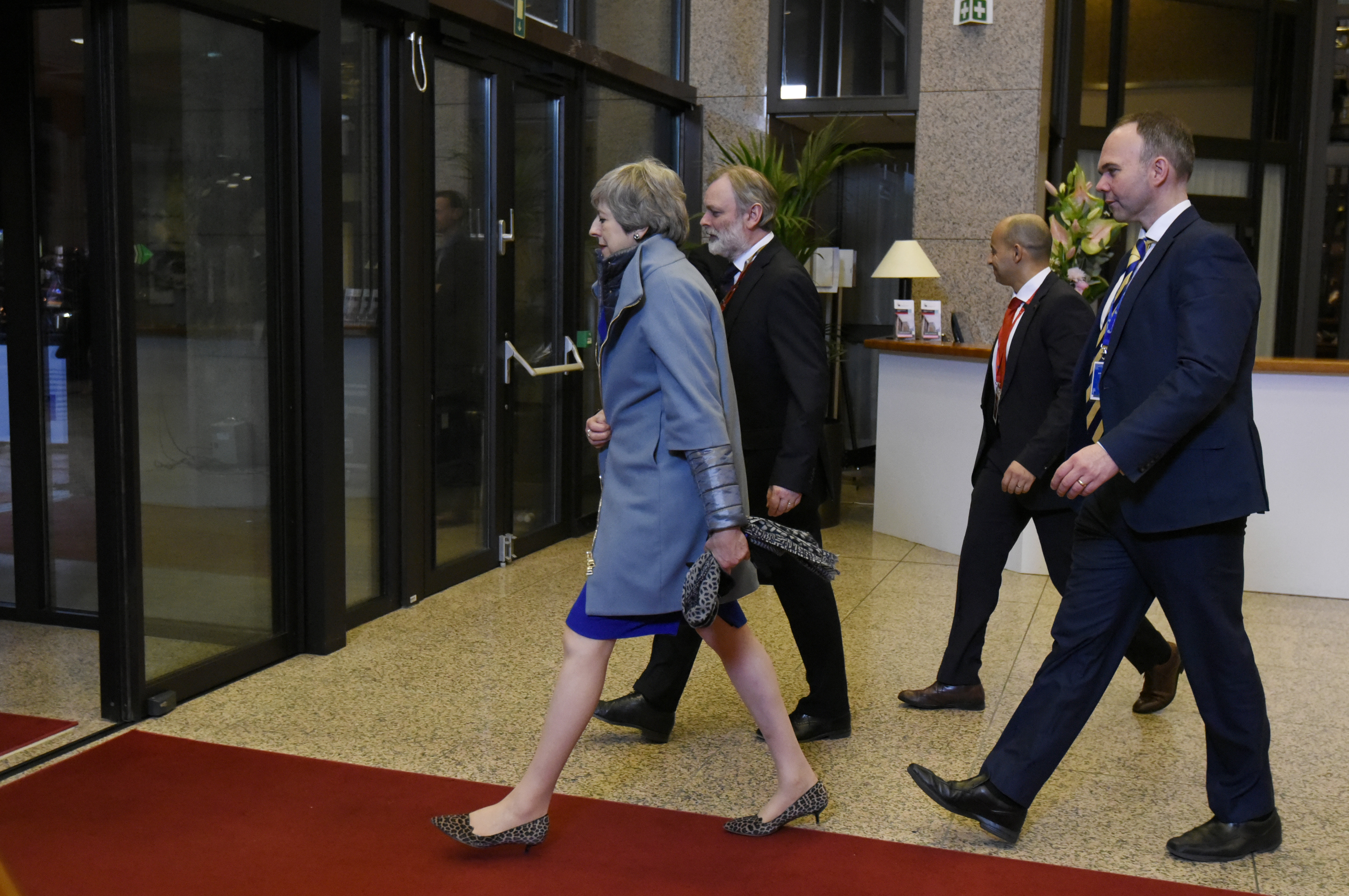 British Prime Minister Theresa May leaves at the conclusion of an EU summit in Brussels on April 11.
AP
Stephen Castle And Steven Erlanger/The New York Times   |   Brussels   |   Published 11.04.19, 07:27 AM

With less than 48 hours before Britain’s scheduled departure, the European Union extended the exit deadline early Thursday until the end of October, avoiding a devastating cliff-edge divorce but settling none of the issues that have plunged British politics into chaos, dysfunction and recrimination.

On another difficult night for Prime Minister Theresa May of Britain, European leaders scrapped her proposal for a postponement until June 30, concluding that such a short deadline was unrealistic for the departure known as Brexit.

They agreed, however, to review the arrangement at the end of June to prevent British disruption to the bloc while the nation remains in Europe’s departure lounge.

Although the intense pressure of recent weeks will probably abate for now, the path ahead still resembles a minefield, dotted with explosive issues like a possible attempt to topple May, a general election or a second Brexit referendum — or some combination of the three. Most immediately, May is likely to face calls to step down, and potential successors are already trying to raise money and advertise their credentials.

At a news conference, Donald Tusk, president of the European Council, said that the two sides had agreed to what he called “a flexible extension” until October 31, adding that this provided an “additional six months for the U.K. to find the best possible solution.” In essence, the bloc agreed to kick the Brexit can down the road for another six months.

Tusk said the October 31 date was “a bit shorter than I expected,” but said that the extension should be enough to complete Brexit if London showed “goodwill.” He told the British: “Please do not waste this time.”

But he did not rule out another extension. The June review, he said, was not for negotiation, but only to inform member states about the state of play in Britain.

European Commission President Jean-Claude Juncker dismissed worries that Britain would interfere in the work of the bloc, saying that Britain’s being “a difficult partner” was “nothing new.”

May said she knew there was “huge frustration” at home that she had needed to request the extension. She appealed to lawmakers to support a Brexit agreement, adding that “the choices we now face are stark, and the timetable is clear.”