Presidential election is just two months away, and some fear President Jair Bolsonaro's utterances mean he might not accept the result if he loses 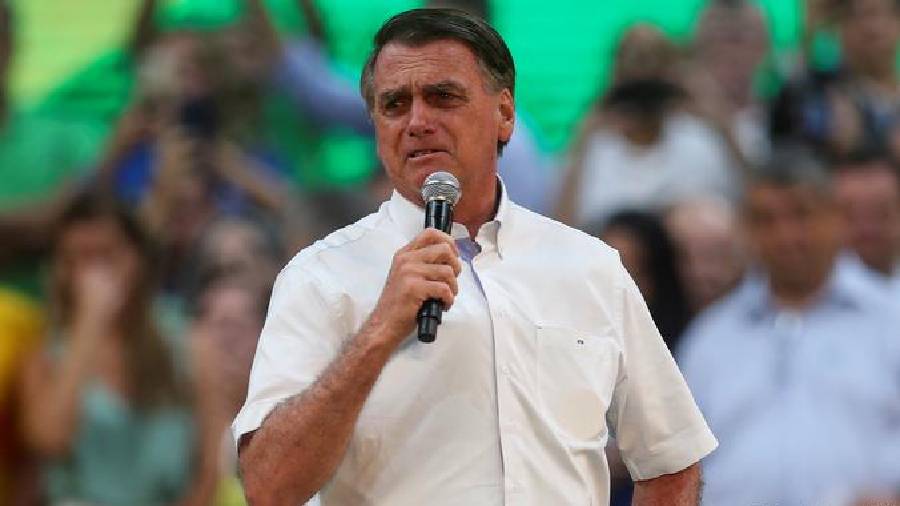 More than half a million people have signed a petition in "defense of democracy" in Brazil by Sunday in response to President Jair Bolsonaro's attacks on the country's electoral system.

"We are going through a moment of great peril for normal democracy, a risk for the republic's institutions and insinuations about not respecting the election results," the petition's authors wrote, without ever mentioning Bolsonaro.

Bolsonaro has repeatedly attacked the country's electronic voting system, questioned the nation's top electoral court, and insisted that he will only lose re-election if there is mass voter fraud.

So earlier in the week, members of the faculty of law at the University of Sao Paulo drew up the petition to voice concern that "unfounded and unproven attacks have brought into question the electoral process and the democratic state of law achieved with such a great struggle by Brazilian society."

The petition does not directly mention Bolsonaro but stated "threats against other powers ... incitement to violence and institutional rupture are intolerable."

Bolsonaro said he did not understand the petition, "Who is against democracy in Brazil? We are for transparency, legality, we respect the constitution," he wrote on Facebook.

His supporters launched their own petition with the goal of gathering one million signatures "to declare that without freedom, there is no democracy."

Their petition in "defense of freedoms" also said Brazilians should avoid "the consolidation of the dictatorship of single thought."

Meanwhile, Lula said he would continue campaigning in the open despite threats to his safety.

"We will win by having courage. We have to go to the streets to show that the Brazilian people really want democracy. We cannot give in to this bully," he said, referring to Bolsonaro.