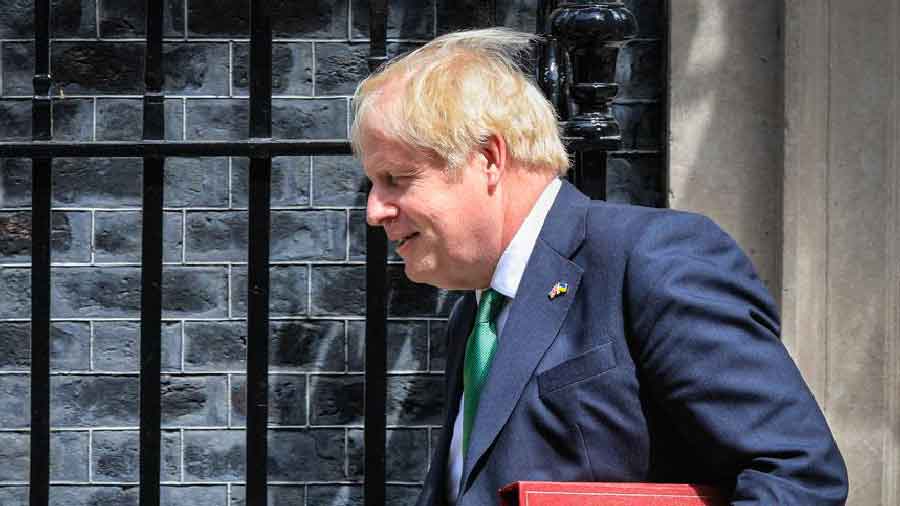 In a surprise move, former British PM Boris Johnson on Sunday announced that he will not be contesting the Conservative Party leadership race, with frontrunner Rishi Sunak moving a step closer to be elected Britain's first Indian-origin prime minister.

The 55-year-old former leader claimed he had crossed the 100-MPs threshold but decided not to go forward in the interest of Tory party's unity.

In a statement, Johnson — who resigned in July in the wake of the ‘partygate' scandal of COVID-19 lockdown law-breaking parties — said he had "cleared the very high hurdle of 102 nominations", but came to the conclusion that "this is simply not the right time".

“I am afraid the best thing is that I do not allow my nomination to go forward and commit my support to whoever succeeds,” Johnson said.

“I believe I have much to offer but I am afraid that this is simply not the right time.”.

“And though I have reached out to both Rishi and Penny — because I hoped that we could come together in the national interest — we have sadly not been able to work out a way of doing this,” he added.

Johnson, who formally had not announced his candidacy yet, had the public backing of around 59 Tory MPs, including some high-profile cabinet members. It now remains to be seen which way that support would be divided between British Indian former chancellor Rishi Sunak, who leads the nominations among Tory MPs with around 144 supporters, and Penny Mordaunt with around 23 publicly declared backers.

The likelihood of a two-member shortlist by 2 PM local time Monday deadline is now almost certain. If the party MPs unite behind a single candidate, expected to be frontrunner Sunak, he will be declared the Tory leader and prime minister by Monday evening.

However, if there are two candidates, the Tory membership will get an online vote and the successor to Liz Truss will be declared on Friday.