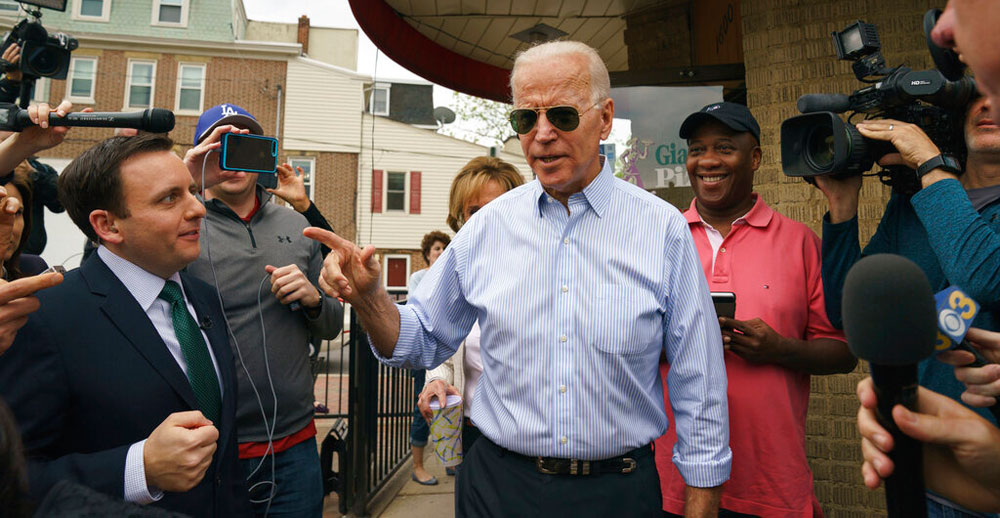 Former Vice-President Joseph R. Biden Jr announced on Thursday that he would seek the Democratic nomination to challenge President Trump in 2020, marshalling his experience and global stature in a bid to lead a party increasingly defined by a younger generation that might be sceptical of his age and ideological moderation.

Biden, 76, is set to offer himself as a level-headed leader for a country wracked by political conflict, a rationale he believes could attract a broad cross-section of voters who want to move on from Trump.

In a three-and-a-half minute video laying out his reasons for running, Biden chose not to talk about policy issues or his biography but instead began by recalling the white supremacist march through Charlottesville, Virginia, in 2017 and a counterprotest, and Trump’s comment that there were “very fine people on both sides”. In that moment, Biden said, “I knew the threat to our nation was unlike any I’d ever seen in my lifetime.”

“We are in the battle for the soul of this nation,” Biden said. “I believe history will look back on four years of this President and all he embraces as an aberrant moment in time. But if we give Donald Trump eight years in the White House, he will forever and fundamentally alter the character of this nation, who we are, and I cannot stand by and watch that happen.”

Biden is seen by many Democrats as a trustee of former President Barack Obama’s legacy, perhaps capable of restoring the consensus-seeking liberalism of Obama’s administration.

The former vice- president has encouraged that perception, labelling himself to reporters in early April as an “Obama-Biden Democrat” and suggesting that accounts of the left wing’s ascendancy in the party were greatly exaggerated.

A spokeswoman for Obama issued a statement on Thursday morning praising Biden without endorsing him, a sign of both the political value of that relationship and also the limits of what Obama might do to support his former running mate.

“President Obama has long said that selecting Joe Biden as his running mate in 2008 was one of the best decisions he ever made,” said Katie Hill, Obama’s spokeswoman.