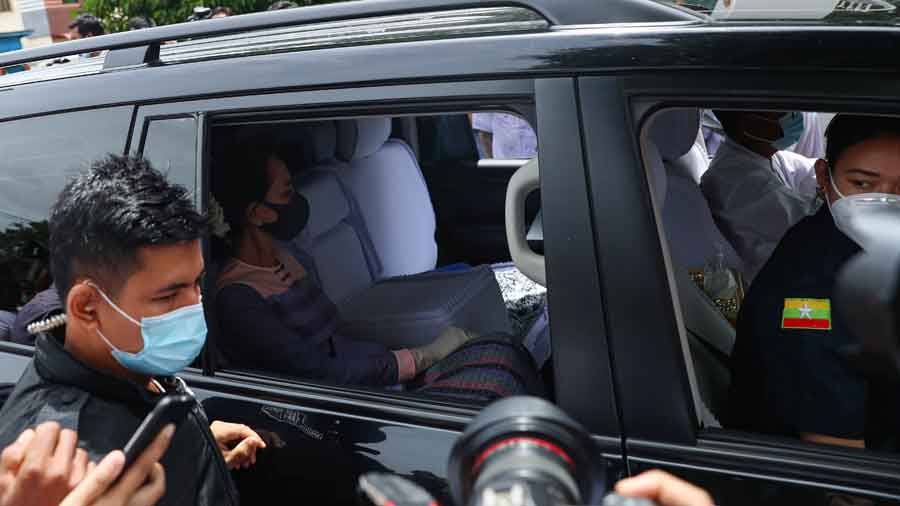 Aung San Suu Kyi, arrives at the district office of the Election Commission to file her certificate of candidacy on Tuesday
AP
Reuters   |   Yangon   |   Published 05.08.20, 03:40 AM

Myanmar leader Aung San Suu Kyi on Tuesday formally declared her intention to seek a second term in an election in November that is seen as a test of the Southeast Asian nation’s tentative democratic reforms.

After decades of military rule, Suu Kyi, who won the Nobel Peace Prize for campaigning for democracy, took the reins in 2016 after an electoral landslide, but has been forced to share power with the generals.

Her international reputation slumped over Myanmar’s treatment of Rohingya Muslims but she remains popular at home, where her image is undented by accusations of complicity in atrocities against the minority.

On Tuesday, Suu Kyi, 75, waved to a crowd of around 50 supporters on the outskirts of the former capital Yangon to submit an application to run as a candidate.  Some of her supporters wore red-coloured face masks denoting their backing for her National League for Democracy party and shouted: “Mother Suu, be healthy.”