After nearly 22 years, Apple to stop production of iPod 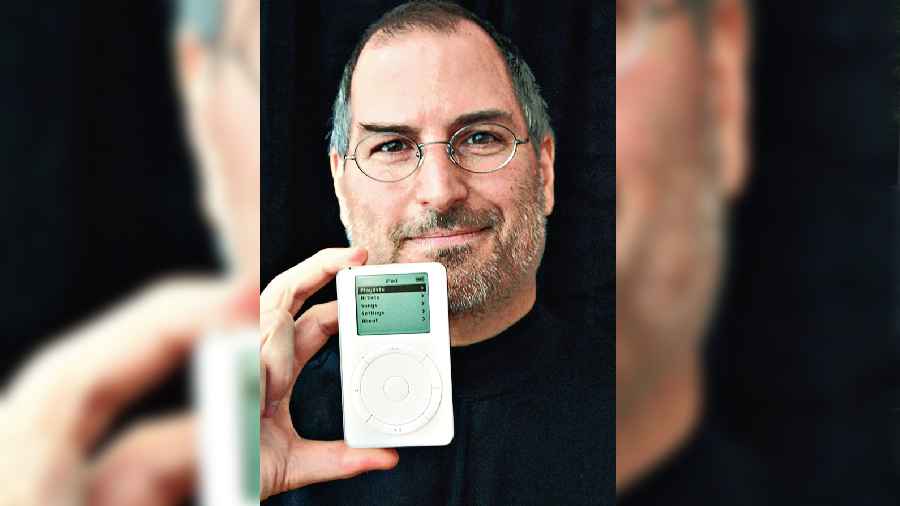 The iPod began with a modest goal: Let’s create a music product that makes people want to buy more Macintosh computers. Within a few years, it would change consumer electronics and the music industry and lead to Apple becoming the most valuable company in the world.

First arriving in October 2001, the pocket-size rectangle with a white face and polished steel frame weighed 6.5 ounces. It came packaged with white earbuds in a custom colour, moon grey, and held 1,000 songs.

It exploded in popularity in the years that followed, creating what became known as the iPod generation. Throughout much of the 2000s, people wandered the world, headphones dangling from their ears. The iPod was ubiquitous.

On Tuesday, Apple officially said goodbye to all that. The company announced it had phased out production of its iPod Touch, bringing an end to a two-decade run of a product line that inspired the creation of the iPhone and helped turn Silicon Valley into the epicentre of global capitalism.

Apple assured customers that the music would live on, largely through the iPhone, which it introduced in 2007, and Apple Music, a seven-year-old service that testifies to customers’ modern preferences. The days of buying and owning 99-cent songs on an iPod largely gave way to monthly subscription offerings that provide access to broader catalogues of music.

The iPod provided a blueprint for Apple for decades by packaging unrivalled industrial design, hardware engineering, software development and services. It also demonstrated how the company was seldom first to market with a new product but often triumphed.

In the late 1990s, the first digital music players were beginning to appear. The earliest versions could hold a couple of dozen songs, allowing people who were in the early days of copying CDs onto their computers to transfer those songs into their pockets.

Steve Jobs, who returned to Apple in 1997 after being pushed out more than a decade earlier, viewed the emerging category as an opportunity for giving Apple’s legacy computer business modern appeal. A die-hard music fan, who ranked the Beatles and Bob Dylan among his favourite artists, Jobs thought tapping into people’s love of music would help persuade them to switch to Macintoshes from Microsoft-powered personal computers, which had a more than 90 per cent market share.

“You didn’t have to do any market research,” said Jon Rubinstein, who led Apple’s engineering at the time. “Everyone loved music.”

Rubinstein helped spark the product’s development by discovering a new hard disk drive made by Toshiba during a trip to Japan. The 1.8-inch drive had the capacity to store 1,000 songs. In essence, it made possible a Sony Walkman-size digital player with a capacity multitudes greater than anything that existed in the market.

The iPod’s development coincided with Apple’s acquisition of a company with MP3 software that would become the basis for iTunes, a digital jukebox that organised people’s music libraries so that they could quickly create playlists and transfer songs. It powered Jobs’s vision for how people would purchase music in the digital age.

At the time, a service called Napster was tormenting the music industry, making it possible for people to share any song with anyone around the world for free. Jobs leaned into the music industry’s woes by marketing the ability of new Macs to copy CDs with the commercial slogan: “Rip. Mix. Burn.” The campaign put the music industry in Apple’s corner, according to Albhy Galuten, an executive at Universal Music Group at the time.

Galuten said the labels eventually agreed to let Apple sell songs on iTunes for 99 cents. “We folded because we had no leverage,” Galuten said. “The easiest way to fight piracy was with convenience.”

The first-generation iPod’s $399 price tag blunted demand, limiting the company to sales of fewer than 400,000 units in the first year. Three years later, Apple released the iPod Mini, a 3.6-ounce aluminum case that came in silver, gold, pink, blue and green. It cost $249 and carried 1,000 songs. Sales exploded. By the end of its fiscal year in September 2005, it had sold 22.5 million iPods.

Apple amplified the iPod Mini’s power by making iTunes available for Windows computers, allowing Apple to introduce its brand to millions of new customers. Though the maneuver would later be heralded as a stroke of business brilliance, Jobs resisted it at the time, former executives said.