The gas-rich country, a sandy, sun-baked peninsula in the Persian Gulf, received about 60,000 Americans and Afghans, more than any other country 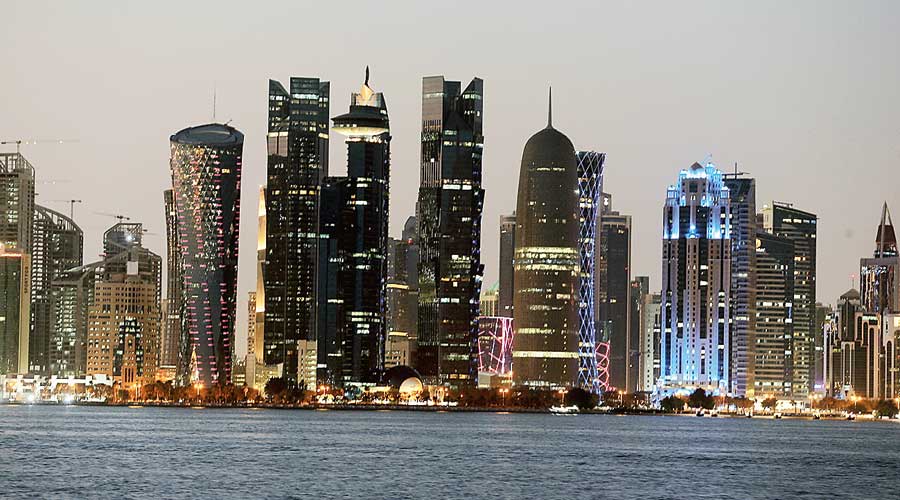 As chaos took over the US’s last-minute efforts to evacuate more than 120,000 of its citizens and partners from Afghanistan last month, a tiny, wealthy country that many Americans would struggle to find on a map suddenly found itself uniquely placed to help out.

Qatar, a sandy, sun-baked peninsula in the Persian Gulf, received about 60,000 Americans and Afghans, more than any other country.

And with its ties to both the US — it hosts the largest American military base in West Asia — and the Taliban, it is well placed to play a strong role as an intermediary between the new Taliban-run Afghanistan and the West.

The gas-rich country, which has long used its tremendous wealth to punch above its weight, is having a moment in the world spotlight.

Even as it delivers tons of food and medical aid to Afghanistan and hosts the American secretaries of defence and state, who flew to Qatar this week, it has made attention-grabbing news in the world of soccer, where it recently signed one of the sport’s greatest players, Lionel Messi, to the Paris St.-Germain team it owns. The country is also set to host the soccer World Cup next year.

“Qatar has always wanted to be a global player, whether that is hosting huge sports events or signing major players, or presenting itself as a regional linchpin for global politics and diplomacy,” said Michael Stephens, a senior fellow at the Foreign Policy Research Institute and an expert on Gulf politics. “They have not always got this balance right, but at the moment they seem to have taken the right initiatives at the right time.”

Qatar’s help in the Afghan airlift won plaudits from President Biden, and both secretary of state Antony J. Blinken and secretary of defence Lloyd J. Austin III arrived in the Qatari capital, Doha, on Monday, where they dined with the country’s 41-year-old monarch, Sheikh Tamim bin Hamad al-Thani.

“Many countries have stepped up to help the evacuation and relocation efforts in Afghanistan, but no country has done more than Qatar,” Blinken said at a news conference in Doha on Tuesday.

“The partnership between Qatar and the US has never been stronger,” he added.

Standing beside him, Qatar’s foreign minister, Mohammed bin Abdulrahman al-Thani, called the US “our most important ally”.

The sunny moment, before a bank of American and Qatari flags, marked a sharp turnaround in bilateral relations from the previous administration, which had initially supported a blockade against Qatar by Saudi Arabia, the UAE, Bahrain and Egypt.

Those countries, backed by President Trump, accused Qatar of supporting terrorism and interfering in the internal affairs of other Arab states, accusations that Qatar denied.

The blockade ended early this year, before Biden’s inauguration.

Now it is Qatar’s good relations with outliers like the Taliban and Iran — relations that contributed to the accusations of supporting terrorism — that have made it invaluable as a go-between, allowing Qatar to promote what it calls “preventive diplomacy”.

“Sometimes, a small size allows you actually to play exactly that role, because you are not intimidating anyone,” Qatar’s assistant foreign minister, Lolwah Al-Khater, said in an interview.

“It’s a small country that no one is worried about. We are not going to wage a war against anyone.”

Qatar, which is smaller than Connecticut and has about 300,000 citizens, shares a huge natural gas field with Iran, whose proceeds have given its people a per-capita income of more than $90,000 per year, one of the world’s highest, according to the CIA World Factbook.

Qatar has used that money to bankroll and promote its view of the region — one that includes political Islamists — through Al Jazeera, the Arab satellite network it owns, and to field the successful bid to host the 2022 World Cup. Along the way, it has maintained ties with a range of Islamist groups, including the Palestinian militants Hamas in Gaza, the Muslim Brotherhood in Egypt and the Taliban in Afghanistan.

These ties have proved useful to the West, which has leaned on them to negotiate hostage releases in countries such as Syria.