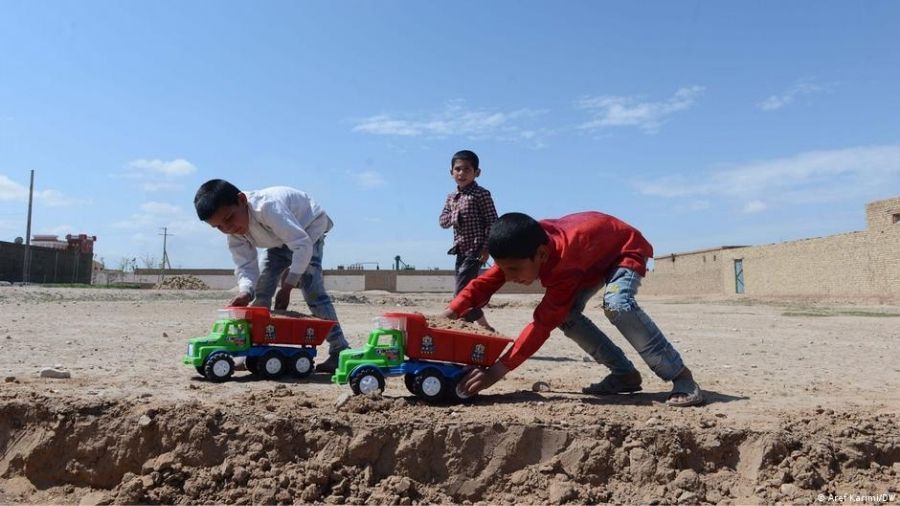 A group of children was playing in a field in Herat when two bombs went off. In a separate incident in southern Afghanistan, at least five children were killed when they found an unexploded shell.

Several children were killed in Afghanistan on Friday in two separate incidents in the city of Herat and in the southern Helmand province.

While the explosion in Helmand appeared to have been an accident, Taliban officialsin Herat said they believed bombs that went off at a playing field had been recently planted.

What happened in Herat?

In the western city of Herat, a group of children and young men who came to a field to play were hit when two bombs went off in quick succession.

Five people were killed in the blast and at least 20 others were wounded, according to Taliban-appointed provincial officials.

The field is used for traditional Afghan games including mud wrestling and a horse-mounted game called Buzkashi.

The playing area was deemed safe after it had recently been demined to remove unexploded ordinance, Sabit Harwi, the Taliban-appointed spokesman for the intelligence office in Herat told the AFP news agency.

The bombs that went off appear to have been planted in the area shortly before the group came to play, he said. Local police defused two other bombs found in the area after Friday's deadly blasts.

No group immediately claimed responsibility for the bomb blasts in Herat.

What happened in Helmand?

In a separate incident earlier on Friday, a group of children was killed in the southern province of Helmand when they came across an unexploded mortar shell that suddenly detonated.

The children, who were aged between 3- and 12-years-old, discovered the shell in the district of Marja and were playing with it when it went off, a Taliban media officer told the Associated Press.

Two other children were wounded in the blast and are being treated in a local hospital.

A dangerous situation for children

Since seizing control of Afghanistan in August last year, the hardline Islamist Taliban have been facing attacks by the regional chapter of the militant "Islamic State" (IS) group.

While Afghan society facing a rising economic crisis since the Taliban takeover, many children try to gather scrap metal to sell and support their families.

Due to the decades of conflict that have plagued Afghanistan, children can sometimes come across unexploded ordnance — which results in severe injury or death.