All the victims, ranging in age from 14 to 18, are expected to recover from injuries described as non-life-threatening, although one youth was undergoing surgery 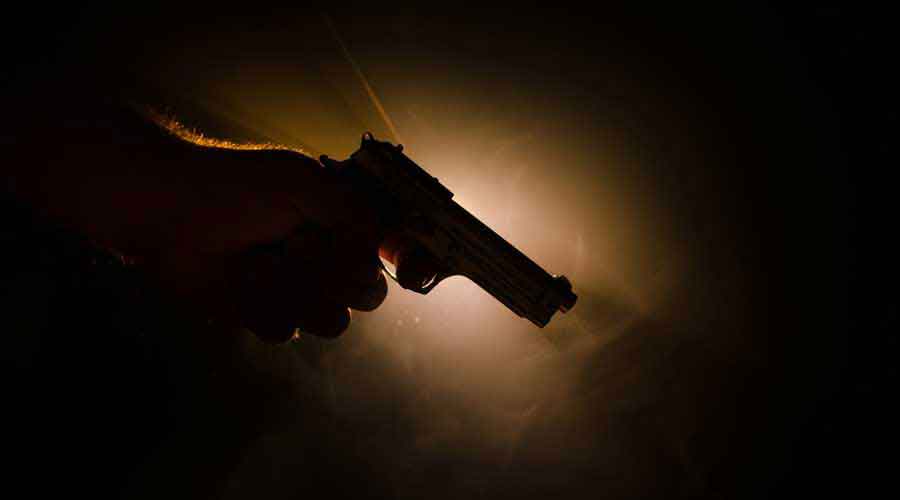 Six teenagers were wounded on Monday in a drive-by shooting near their high school in Aurora, Colorado, and authorities were searching for multiple suspects in an attack that investigators believe may have been gang-related, the city police chief said.

All six victims, ranging in age from 14 to 18, are expected to recover from injuries described as non-life-threatening, although one youth was undergoing surgery, Police chief Vanessa Wilson told reporters about two hours after the shooting.

The gun violence erupted shortly before 1pm (local time) at a park about a block north of Aurora Central High School in the heart of the Denver suburb. Five of the victims were taken by ambulance to area hospitals, and one was “self-transported”, the chief said. All were students at Central High, she said.

Details remained sketchy. But the shooting unfolded as a drive-by attack involving multiple vehicles described by neighbours as suspicious as well as by suspects “who may have been on foot”, Wilson said.

KCNC-TV, a Denver-based CBS News affiliate, quoted a neighbor identified as Henry Martinez, who lives across the street from the park, as saying he heard“30 to 50 gunshots.”

”It's sad to see young people just throwing their lives away like that,” Martinez told the station.

Wilson said investigators were seeking“multiple suspects” and asking neighbors and witnesses to come forward with any information that might prove helpful. Numerous shots of different calibers were fired, suggesting more than one gun was involved, she said.

Police detectives specializing in street-gang crimes are assisting in the investigation, Wilson said, adding:“I'm not 100% sure this is gang-related.”

Aurora, a city of about 386,000 residents just east of Denver, was the scene of one of the bloodiest episodes of modern U.S. gun violence in 2012 - a movie theater shooting that took 12 lives and wounded dozens during a midnight premiere of the Batman film“The Dark Knight Rises.”

”There’s a violence crisis across the nation right now, so we all need to pay attention,” Wilson said.