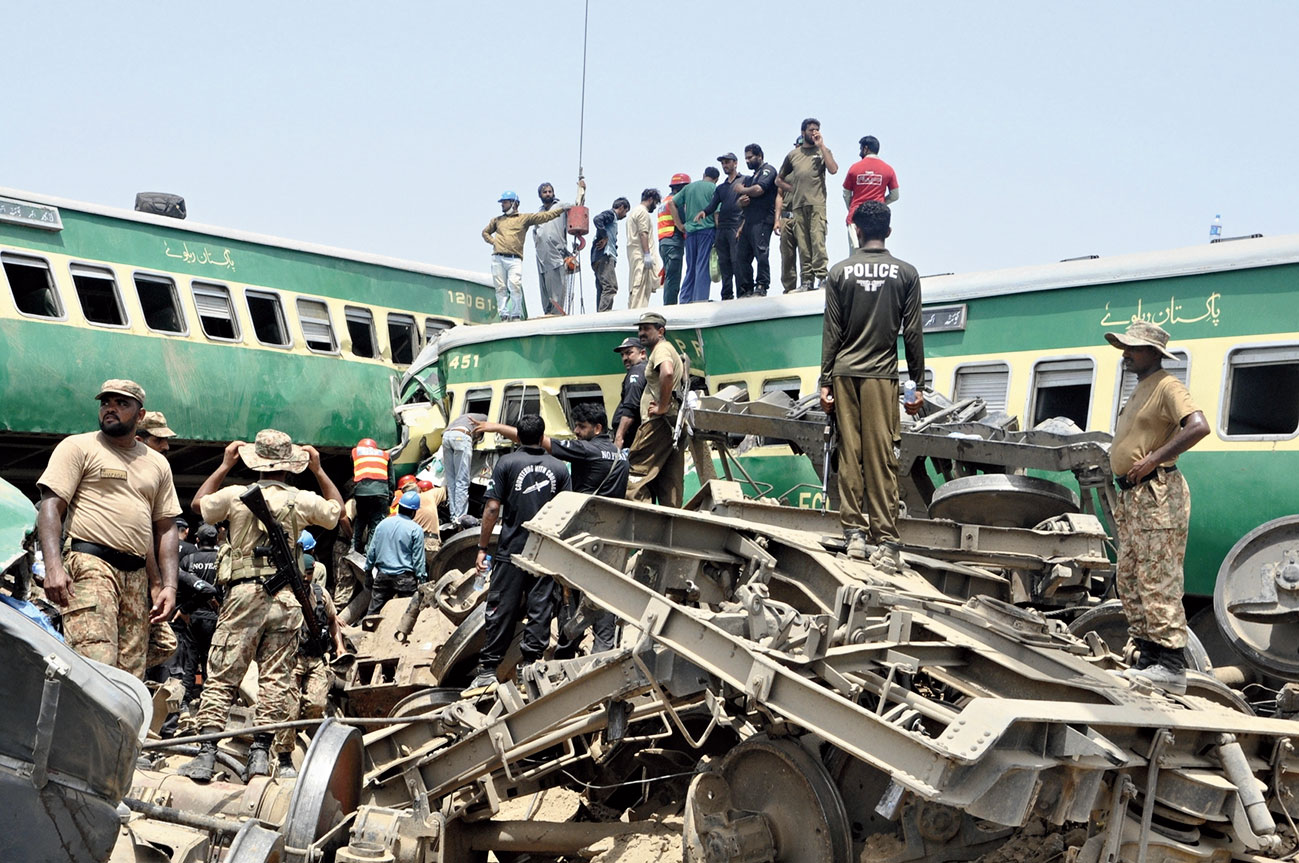 At least 34 passengers were killed and more than 120 were injured on Thursday when an express train rammed into a stationery freight train in Pakistan’s Punjab province, officials said.

The Quetta-bound Akbar Express collided with the stationary freight train at the Walhar Railway Station in Sadiqabad Tehsil of the province, Dawn quoted officials as saying.

The freight train was on the loop line when the speeding passenger train, instead of running on the main line, entered the wrong track.

“Sixteen people have been killed and over 80 others injured in the collision between the two trains,” according to a police official. All passengers, on the train headed to Quetta, have been removed from the train and track clearance operations are underway, deputy commissioner Rahim Yar Khan, Jamil Ahmed Jamil, said.

He said that heavy machinery was being used to rescue passengers who are still stuck in the train, adding that they were being provided with food and water.

Authorities said the Pakistan Army was also taking part in the rescue efforts.

The engine of the Akbar Express and three carriages were completely destroyed in the accident, police said.

The injured have been shifted to nearby hospitals in Sadiqabad and Rahim Yar Khan for treatment. An emergency has been declared in the area, Geo news reported.

A child and a man have been rescued from the train and officials fear more casualties. Prime Minister Imran Khan and President Arif Alvi expressed deep sorrow.